There are some automotive companies who are well known for the kind of high performance luxury cars that they make and Lexus is one such brand that stands for luxury combined with high performance. Lexus has been making some new cars for the year 2012 but they have recently announced that they will debut their new Concept Vehicle at the 2012 North American International Auto Show that will happen in Detroit in January 2012. Lexus has mentioned a lot about the new interiors that they have provided in the concept vehicle and they are sure that many consumers will appreciate it. 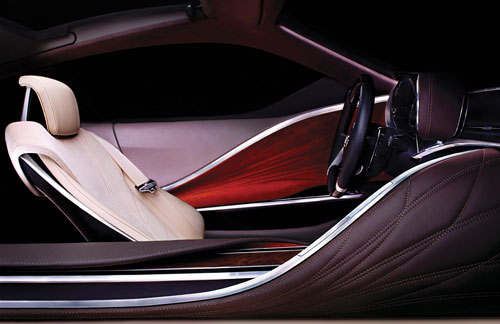 The interior and all the designing of the car has been done by Calty, a Californian design studio that has designed many other Lexus vehicles in the past. Lexus has also emphasized on the new car model and design and have said that the new design direction is an evolution in the world of automobiles. The company also boasted about the exterior finishing of the car which has better air intakes and grilles that would enhance the overall looks of the car and also improve the performance. The company has not provided more information on the specifications of the car yet.