Getting a Chevrolet is not only a dream for elders who can have the money to buy and drive real Chevrolet Camaro but also for kids who are too young for it.  However, Chevrolet and Hot Wheels are now joining hands together to make this dream possible for kids who love to have their own Chevrolet Camaro. Kids love to play with Hot Wheels cars and therefore Hot Wheels have decided that they will come up with the Hot Wheels Camaro Concept which debuted at the 2011 SEMA Show in Las Vegas. 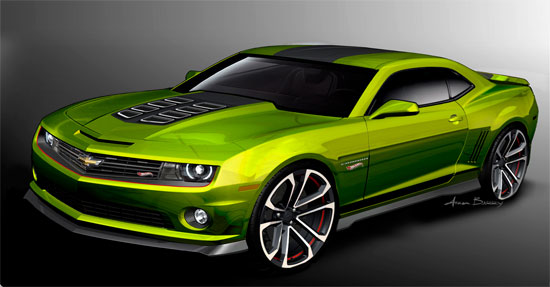 Phil Zak,  GM Design Director said that Camaro has always remained one of the best toy models in Hot Wheels list since 1968 and many generations have grown up playing the same toy models and later grown up to drive the same car for real. However, it’s time that they make some changes to the new Chevrolet Camaro and make it more exciting for the next generation and for the studios as well.