The driver of this Ford Shelby GT350 was in for the surprise of his lifetime, as he saw his car bursting into flames while looking into the rear view mirror. The catastrophic event happened while the car was on the second track day at Roebling Road Raceway in Georgia. 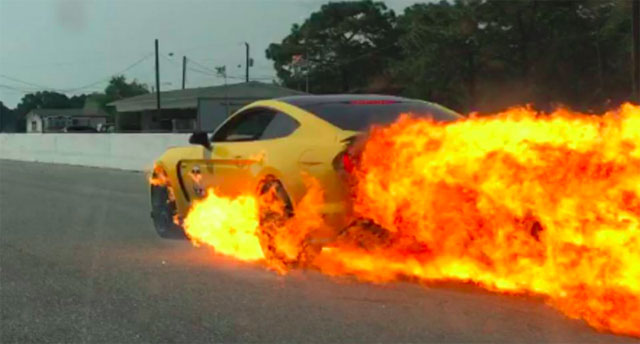 According to the narrative described by Charles through his facebook account, he was driving at about 125 mph down the front straight of the raceway when he realized about the fire at the back end of his Ford Shelby GT350. As it turned out, 15 minutes into the drive, a disastrous engine failure caused by an oil leak was the primary culprit. Ignited by the exhaust, the oil destroyed the fuel line resulting in the fire. 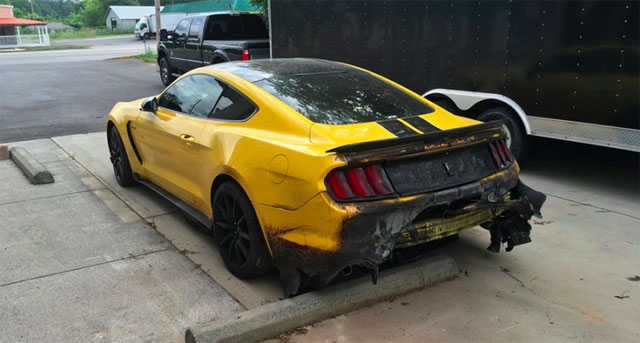 The situation went from bad to worse when the brake oil got boiled by the flames causing the brakes failure. Even the emergency brake became useless owing to the cable disconnection. The fire meteor was finally stopped when Charles put the ride into the first gear, dumping the clutch.  Fire was eventually put out by the fire extinguishers. 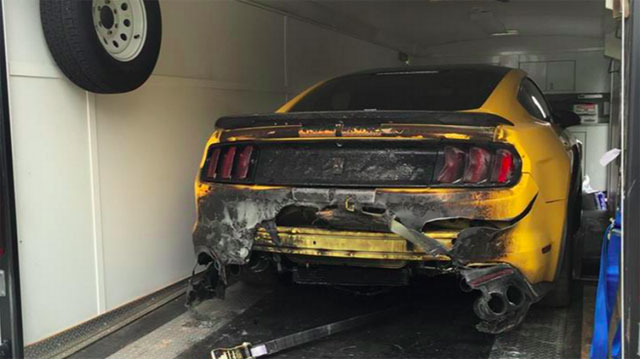 Fortunately, the driver remained unscathed in the whole ordeal. Ford will be replacing the burnt 2016 GT350 with the new 2017 GT350R. So, there is a silver lining in every cloud.