Car companies in the United States are always interested in coming up with better ideas that they can experiment. Hence, Volkswagen has now announced that they have launched a pilot scheme where they will monitor twenty prototype E-Golf Battery Electric Vehicles for nine months to see if they really work. Many car companies are now trying to step in the future with electric vehicles and Volkswagen is one of them. The new pilot scheme that they have announced will be available in various locations in the United States and it was announced that 12 vehicles will be provided to the VW employees for testing phase. 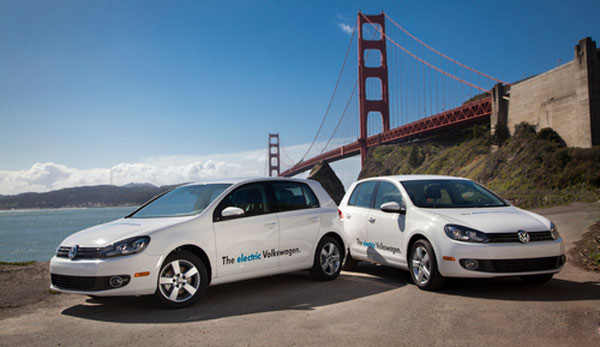 Volkswagen is trying to check various factors that can ruin the driving experience and therefore they would like to test their EV technology before they launch it in the market. With the help of these prototype vehicles they will be able to monitor the effects of climate changes, energy performances, driving patterns and various other data that will help them to come up with better future technologies. Volkswagen has also announced that they will install a 220 volt charging stations at the employee’s homes to ensure that they are charged all the time. Volkswagen said that they would like to improve their Think Blue strategy and this will be their next step towards it.