Hyundai’s new Santa Fe 2010 is expected to have some best features in it. This would be an upgraded model. The Hyundai’s  factory at Montgomery in Alabama has added the production of four- cylinder engines last year but it has recently introduced some upgraded features like adding direct injection to its 2.4 – liter four – cylinder engine. When compared with other direct inject engines this revised version would be renovated increased power capacity while consuming lesser fuel. This debut of direct injected four- cylinder would be introduced in the 2010 Santa Fe this fall. 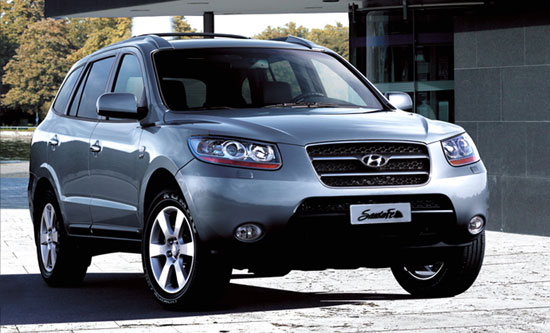 When the Sonata makes it move into the production then it will also be redesigned with the newer direct inject four cylinder engines. The Direct inject four cylinder’s power gets increased from 176 to 200 HP, and it would like increase further and get better with 5- 10% gas mileage. The brand new Sonata would be made public at the LA Auto Show in November and the next year a hybrid model would be joining the line