It’s hard to overestimate the effect that Sears and its catalogue of merchandise had on America at the turn of the 20th century. America in late 1800s was very different place than what we have today. Consider that in 1899, only 3% of America homes had electricity, only 15% had flush toilets and life expectancy for men was just 47. Furthermore, a full 40% of Americans made their living farming and the average work week was over 60 hours long. Life for a vast majority of Americans in the last of the 1800s was defined by “needs” and not “wants.” It was during this time that Richard W. Sears was offering an incredibly diverse selection of products to America via his Sears-Roebuck catalogue – including automobiles – and it was a major affair. 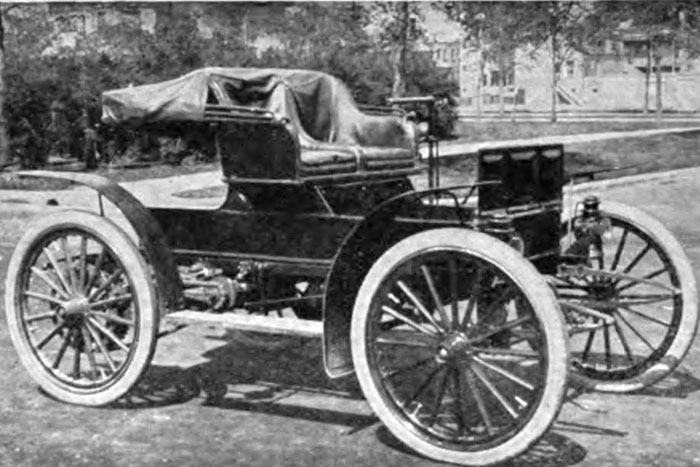 History of the Sears Catalogue:

In 1886, Richard W. Sears, bought a supply of surplus watches from a local jeweler and opened the R. W. Sears Watch Company in Minneapolis, Minnesota. A year later, Sears moved his company to Chicago and placed an ad in the local newspapers looking for a watchsmith. One of the applicants was Alvah C. Roebuck, whom Mr. Sears hired.

After Richard Sears retired as company president in 1908, new Sears President Robert E. Wood was persuaded by his staff to take advantage of the new automobile craze. The company approached Alvaro S. Krotz, who had built an electric car under his own name to design and produce a car. The first prototypes appeared in 1907. An interesting fact were we told by East Hills Chevrolet of Douglaston, a local Chevrolet dealer in Douglaston, NY, about Krotz’s company is that he employed two machinists that were later to become household names: August and Fred Duesenberg.

About the Sears Motor Buggy:

Sears catalogue number 118 appeared in the spring of 1909. The “Sears Motor Buggy” was offered in that catalogue as a $395.00, solid-tired, runabout. Sears advertised that the Motor Buggy was, “more than just a buggy with a motor.” It was designed as an automobile with an angle-iron frame, four full elliptical springs, and Timken Roller bearings for each wheel.

The engine 14 HP, 2-cylinder opposed, air-cooled motor was built by the Reeves Company. Power was transmitted to the rear wheels via a friction transmission and double chain drive. This combination resulted in a top speed of around 25 MPH. The Sears Motor Buggy could be picked up in Chicago or delivered by rail to one’s closest railroad depot. All that a new owner needed to do was uncrate it, do some minor assembly, add fuel and oil and drive it home.

Sears advertisements included glowing testimonials received from satisfied customers, like Harry Dobins of Sharpsburg, Ohio: “It beats a horse bad, as it don’t eat when I ain’t working it and it stands without a hitching, and, best yet, it don’t get scared of them other motor carriages.”

The End of the Sears Motor Buggy:

Even with the praise from satisfied customers, Sears could not get around the fact the car cost more to produce than they were getting out of the sales. In 1912, Sears finished up the vehicles it had on hand, turning over much of its machinery to the Lincoln Motor Car Works which had produced some of the components of the Sears Buggy.