Recent reports suggest that radical plans to change the driving test in Britain have been put on hold by the government.

Ministers are due to publish a Green Paper this year after considering the Transport Research Laboratory’s report.

The report suggests implementing this new system could cut annual casualty numbers by up to 5,000 and save approximately £224 million.

A Department for Transport spokesman said: “Young drivers drive around 5% of all the miles driven in Britain but are involved in about 20% of the crashes where someone is killed or seriously injured.

“We are committed to improving safety for young drivers and reducing their insurance costs – that is why we are publishing a Green Paper later in the year setting out our proposals. 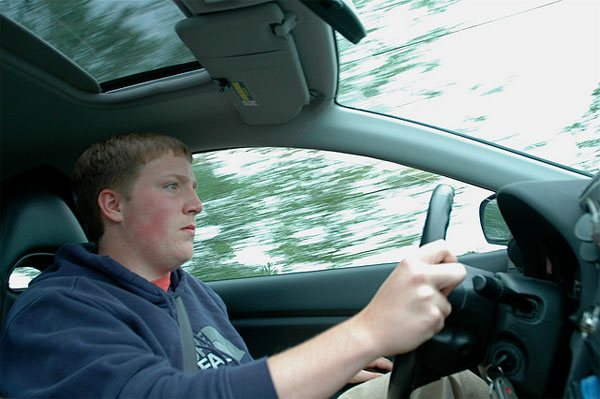 “This will include a discussion about how people learn to drive.

“The research report has been produced by the Transport Research Laboratory under commission by the Department for Transport and it, amongst other things, has informed the Green Paper.”

The changes, thought to be released last year, outlined strict rules for drivers under 30 and also intended to restrict younger drivers by issuing them with a probationary licence.

The plan was that during that 12-month probationary period, there would be a curfew between 10 o’clock at night, to 5 o’clock in the morning – unless you were accompanied by someone over 30 years of age in the car.

This basically means; a new learner will have to wait a year longer than normal to take their test.

The proposal also recommends a one-year “learner stage” beginning at 17, during which drivers would have to total at least 100 hours of daytime and 20 hours of night-time practice, under supervision.

New learners would, however, be tested on motorway driving, and there would be a strict ban on all mobile phone use behind the wheel and a lower legal alcohol limit. The idea was to cut the amount of driving related accident involving young people.

Department for Transport statistics show that more than a fifth of deaths on UK roads in 2012 involved drivers aged 17-24.

The Institute of Advanced Motorists told BBC’s Newsbeat that it is “extremely disappointed with the delay.”

Neil Greig, Director of policy and research said: “Government has copped out due to fears that a new system will add to cost for young people and limit their job opportunities.”

According to Greig, road deaths cost the economy almost £16 billion a year, so improving safety for the highest risk group would have, in the long run, helped the economy.

Personally, I think this will turn out to be a good idea. Not only does it help the economy in the long run, it will also certainly reduce the amount of accidents and young deaths on the road.

Many accidents occur with young drivers because they’re showing off, or just just being reckless. Raising the age and clamping down a curfew will promote safer driving, and keep the
roads safer for everybody.

On the other hand, one could argue it’s not necessarily about age, it’s about maturity behind the wheel. But that argument is shadowed by the facts, and the facts are that 20% of all British road accidents involve a young driver.

So if you’re in the stages of learning to drive, check out websites like this: booktheorytesttoday.com and get some driving experience under your belt!