Today, when driving, one of the most frowned upon activities is texting. Although some still do it, we all know that texting while driving can lead to accidents, sometimes fatal. Ready for some déjà vu? When car radios were first developed, there was concern that this new technology would lead to the same thing.  As you will read, some states actually had “anti-radio laws.” 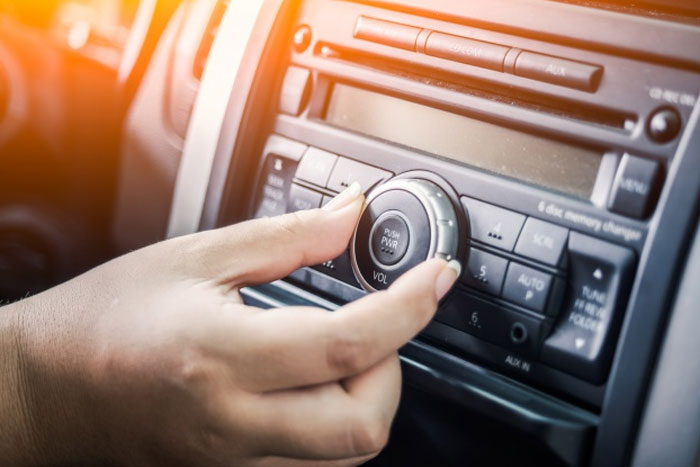 Our technical consultant at East Hills Chevrolet of Freeport, NY proudly informed us that the first car radio was introduced Chevrolet in 1922. It cost a whopping $200, almost 1/3 the price of a new car. and it was big. The radio had an antenna that covered the car’s entire roof and bulky batteries that barely fit under the front seat. The receiver unit was a big metal box that hung under the dash and drove a large speaker attached behind the front seat.

But, it didn’t take long for the radio industry to make things more acceptable to the public. By the early 1930s, the smaller Motorola radios were starting to appear in American cars. By the late 1930s, the radios fit in a slot in the dash and push-button presets allowed drivers to select stations without taking their eyes off the road.  By 1948, radios in cars were quite common. Thanks to the transistor, both size and price came way down, so that by 1963, 50 million cars – over 60 percent of the cars on the road – were outfitted with AM radios. By then, over one-third of America’s radio listening occurred in the car, not at home!

But when they were first introduced to the motoring public, radios were controversial. In 1930, laws were proposed in several states to ban radio use while driving. The laws stated that radios could be used when the car was parked, but not while driving. According to automotive historian Michael Lamm, “Opponents of car radios argued that they distracted drivers because tuning them took a driver’s attention away from the road. Not only that, soft music could lull a driver to sleep.” In mid 1930s, the large New York Auto Club agreed. 56% of their members deeming a car radio a “dangerous distraction from driving which could lead to accidents.”

Arguing the other side was the Radio Manufacturers Association (RMA). While they believed that inattentive drivers may be at risk, they quickly pointed out that car radios had advantages, and these were safety-related. For example, they could be used to warn drivers of inclement weather and bad road conditions, as well as keeping drivers awake when they grew tired.

And what about those anti-radio laws? Were they ever enacted? The answer is yes but only in a few small municipalities in the 1920s. Soon, thereafter, the whole furor died out and radios became common place and radio-related accidents proved to be uncommon.

It should be noted, however, that anti-texting laws are different. The process of texting requires much more concentration and taking one’s eyes off the road for a long period of time is asking for an accident. Unlike the early anti-radio laws, anti-texting laws are likely to stay on the books, and they should.