There are still plenty of options for people who like to drive in harsh and varied environments. Here are 5 of the greatest cars for off-road driving today.

The main criticism of the Toyota Land Cruiser is that it’s no good in cities. And this might be true, but if you’re looking for a car that can go off-road and handle truly hostile environments, there’s no better option than a Land Cruiser. 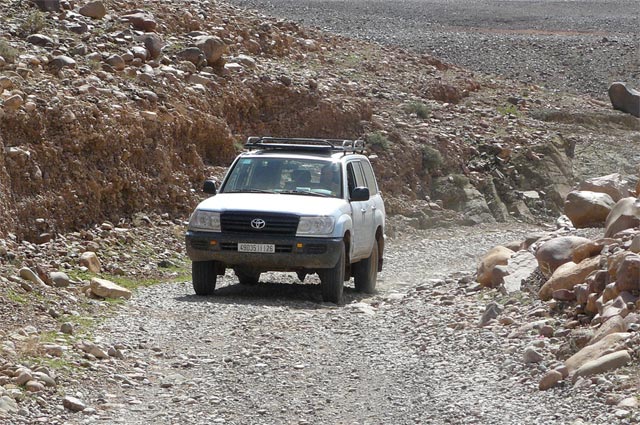 If you go to countries that often have to deal with difficult terrains and poor roads (or no roads at all), you’ll find a lot of people driving Toyota Land Cruisers. So, don’t be put off by some of the negativity, if you want to focus on going off-road, this is the car for you.

The Ford Raptor is the best option if you’re looking for a 4×4 pickup. It not only looks incredible, it does the job it was built to do even better. The wheels are huge, and it’s built like a beast. The off-road tires are 35 inches tall, so it’ll be able to tackle every terrain out there.

Unlike some other off-road vehicles, it can also do the on road stuff too. It’s smooth and drives like a luxury Ford when the times comes to hit the highway. That’s something you pay for though; the prices aren’t cheap!

Some cars split opinion more than others, and that’s definitely true of the Mitsubishi Shogun. And I think it’s quite clear why there’s such a variation in opinions. Similarly to the Toyota Land Cruiser, the Shogun is much better off the road than on it.

So, if you want a car that’s virtually unstoppable off-road, then the Shogun will suit you down to the ground. There aren’t many cars that can take on such varied landscapes at such relatively low costs. The interiors are a little cheap and the it’s not great on tarmac, but if you can handle that, it’s a great car.

When many other SUV manufacturers were turning their attention to the family market and forgetting that SUVs were meant to go off-road, Jeep held firm. The Grand Cherokee is adept and going off-road and retains the sturdiness you’d expect from a Jeep.

The interiors are incredibly comfortable. And that’s an important feature in off-road cars, but one that many manufacturers neglect. The costs are lower than its rivals too; you can find used models at Thames Motor Group for good prices.

If you’re limited by a small budget, don’t worry, there’s always the Fiat Panda 4×4. This car is great for off-road driving, despite it’s relatively small size and low price. You can buy a new Panda 4×4 for less than £14,000 now, it’s a bargain you can’t afford to pass up.

It works well as a city car too due to its compact design. It’s the king of low-cost versatility at the moment, so make sure you consider it if you need a car that can take on different tasks.

Many SUVs are neglecting off-road driving, but these cars are bucking the trend.