Not many years ago, a leather interior in a car was an expensive luxury. This is primarily due to the fact that there are many, labor-intensive steps involved with in making leather. Let’s take a look at this closer look at this subject and you will see that the production of leather is quite interesting. 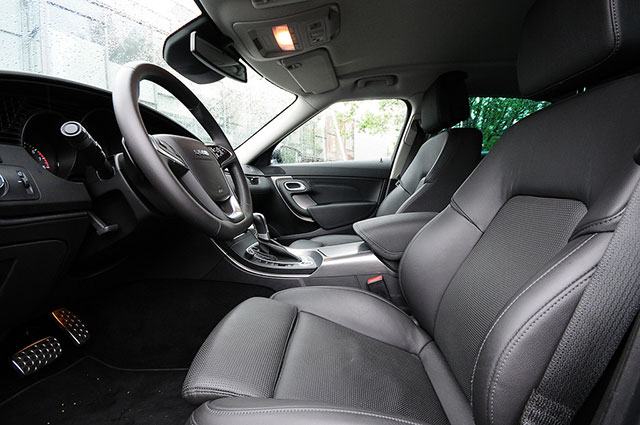 Thousands of years ago

The processing of leather actually goes back before recorded history. Thousands of years ago, primitive humans wrapped themselves with garments made from dried animal pelts. Success groups of humans were hunters for a reason. Not only did it supply people with fresh meat, it supplied the raw material for their garments and other things.

Unfortunately these pelts probably didn’t last very long. After all, this is a natural product that would decompose after a while. Considering how clever modern humans were becoming, it probably didn’t take long before it was discovered that certain plants when soaked with the pelts would preserve them longer. In addition, certain fats served as leather conditioners to keep the leather flexible and soft. Thus began the trade of leather conditioning.

Just a few hundred years ago

By the 18th century, tanning was an old and respected trade and a tedious one. It would take nearly a year to manipulating a hide before it was delivered as leather to the saddle maker, garment manufacturer or other craftsmen. The process of creating leather was one of the most labor-intensive processes in modern manufacturing.

Today, most leather comes from the skins of cattle, sheep, goats and calves. Len Stoler Porsche of Ownings Mills, MD, a full-service Porsche dealer, tells us that the leather in all Porsches, called “Natur Leder”, are selected from temperate climate cattle. The leather harvesting process starts with the process of carefully removing the hides after the animal is killed. After the hide has been removed, it is “fleshed” removing any remaining meat, tissue or fat. Freshly fleshed hides are then shipped in refrigerated trucks to tanneries for immediate processing into leather. In some cases, the fleshed hides are cured or preserved by immersion in brine for 12 hours. After curing, the hides can be stored for several months without rotting and can be shipped to tanneries throughout the world.

At the tannery, hair is removed by chemical digestion using a solution of lime and sodium sulphide. Then the hides are neutralized with acids and treated with enzymes to increase softness. The next operation is called pickling which involves soaking the hides in a solution of water, salt and hydrochloric acid.

The final process in turning hides and skins into leather is the tanning process. There are several methods of tanning but the most common is Chrome tanning. The process begins in rotating drums with a bath containing trivalent chrome. It usually takes eight hours for the chrome to penetrate all the way into the hide. Once this has been achieved the chrome is fixed by adding sodium carbonate or bicarbonate. After this treatment, the hides are stretched and dried.

Finishing consists of placing a series of coatings on the surface of the leather. These coatings are  designed to protect the leather and make it pleasing to the eye and hand. Some finishing processes apply plastics such as acrylic and urethane resins. Others coat with vinyl, wax, or nitrocellulose.

To make the surface of the leather look good, leather is often embossed with a pattern.

After the leather sheets are finished, they are shipped to upholstery companies that use the leather to construct automotive seats and other leather-covered interior pieces.