If you live in California then you probably know that it is the toughest state in the country when it comes to vehicle emissions. California has strict standards and they check your car’s emissions every two years. Often called a “smog check,” this test needs to be done on time or can’t register your car during your next registration period.

In most other states in the country, a car’s emissions check is performed every year. Instead of being done “pro-actively,” it is usually done during an annual inspection. If your car fails the emissions test, then it won’t receive a new inspection sticker. 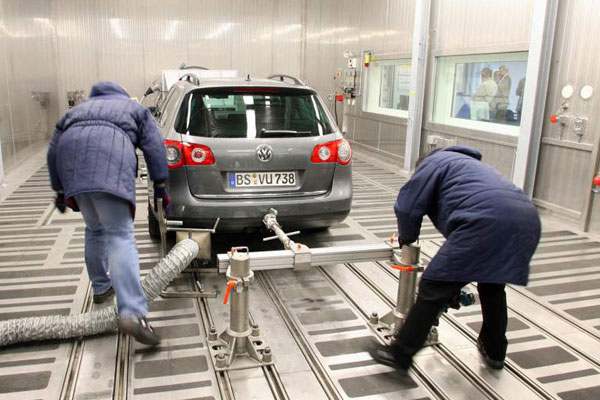 The problem is that a lot of cars fail smog and emission tests even when they seem to be in good running shape. To increase the odds that your car will pass the test, there are a few tricks to know. There are also a bunch of myths out there that don’t help you much. To help you sort these out, we spoke with a technician that works at Len Stoler Porsche of Ownings Mill, a local Porsche dealer in Ownings Mills, MD. He suggests several things that may help you pass the an emissions test and some that probably won’t do a thing.

Warm up your car before getting it checked:

Warming up your car will get your motor running properly and emitting the least emissions. In general, driving your car some 10 or so minutes will warm things up just fine. However, there is a myth running around that says you should sit in your car for 5-10 minutes just before the test running the engine at 3000+ RPM. According to our technician, this is just silly. Your engine is warmed up just fine by driving it normally.

This suggestion should be common sense. If your car is not running well, it may fail an emissions test. Maintaining your vehicle according to the manufacturers schedule will make a vehicle emit fewer emissions and you’ll likely get more miles per gallon too.

Using fuel cleaners periodically may will help keep your car’s engine clean. They are designed to burn off the deposits stuck to your engine’s valves and head. It’s not mandatory but not a bad idea to use them occasionally.

Some inspection stations may suggest installing a brand new catalytic converter if you have trouble passing an emissions test.  According to our expert, if your catalytic converter is going bad then by all means, replace it but don’t replace it “just because it might help.” Catalytic converters will usually last the life of your car so 99% of the time there is no reason to replace them. Often this is just a way for a service station to sell more catalytic convertors. A legitimate dealer would never suggest this.

Pull Out Your “Check Engine” Light”

This is one of the silliest things to do. The check engine light is required to be working when the technician tests the vehicle. If the tech doesn’t see the light because someone tampered with it—your car will automatically fail the test. If the check engine light in your car comes on, then find out why and get it fixed properly.

In general, it doesn’t make sense to play any tricks to pass an emissions test. If anything isn’t working right, get it repaired by a qualified technician. Don’t allow anyone to put in a new catalytic convertor unless your car needs it. And certainly don’t pull out the check engine light. If your car doesn’t pass an emission test, there is likely something that is wrong and should be professionally repaired.