BMW is keen on introducing more power to their vehicles and therefore the German automaker has decided to come up with a more powerful i8 model that will offer the same. The new i8S model will be focus on some features that were not up to the mark in the earlier model and were seen as disappointments. So far BMW i8 model is seen as the first standalone BMW sports coupe after M1. While it has not been confirmed by BMW, but reports from Automobile claim that a new hardcore version is on the cards that will impress buyers who were not happy with the i8 model. 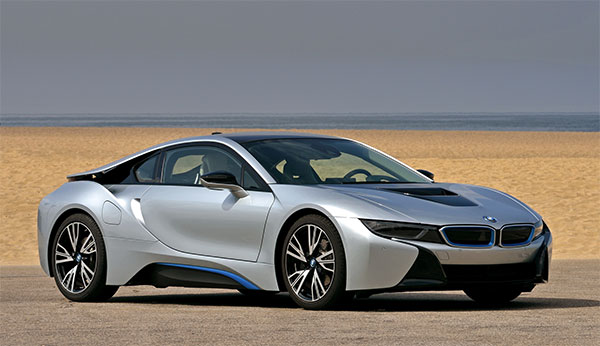 The new model will have stiffened chassis and aggressive exterior styling. It is also said that BMW is evaluating between two different powertrain options where one would be paired with 2.0 liter twin turbo four cylinder engine that produces 320 horsepower mated with an electric motor that generates another 204 horsepower. The second option would have 3.0 liter six cylinder engine with 480 horsepower and electric motor that generates 109 horsepower. Both the engines will be clubbed with nine speed dual clutch transmission. This means that both the models will have the capability to produce more than 500 horsepower transforming the car into a powerful performance vehicle.