At the start of the 1900s, drivers signaled to other drivers and pedestrians their intention to turn (or stop) their vehicles with their hands; there were no formal turn signals. The first modern turn electric signal can be credited to Edgar A. Walz, Jr. who secured a patent for one in 1925 and attempted to market it to major car makers. Believe it or not they just were not interested, and the patent expired fourteen years later. 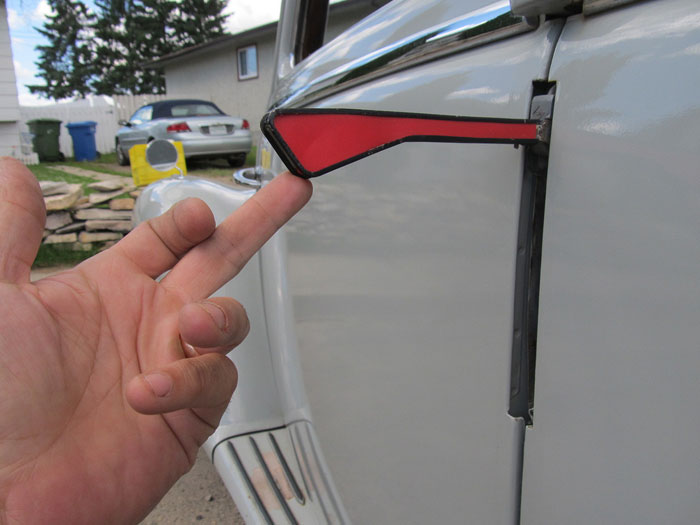 Interesting, Europe’s turn signal situation started differently. The solution for signaling turns or lane changes first existed through hand signals, but later via “trafficators,” mechanical arms built into the cars’ sides. They were powered by electro magnets that raised an arm indicating a turn was about to be conducted. Once the arms were in the “on” position, power went to an electric bulb built into the arm. The trafficators folded into the door pillar when they were “off.”

According to Chevy dealer on Long Island, this did happen in the United States, but later. In 1939, Buick was the first U.S. automaker to make factory-installed flashing turn signals available. These signals were called “Flash-Way Directional Signals” and they only worked on the rear lights. In 1940 Buick enhanced these directional indicators by making the signals work for the front lights and adding a self-canceling mechanism. That year (1940) directional signals became the default turning indicators on other GM vehicles also such as Cadillac, LaSalle and available on Chevrolet, Oldsmobile, and Pontiac.

For everybody else, who didn’t drive one of the above-named vehicles in the 1940s, you could add turn signals if you desired. You could do it through companies like the Illinois-based Lester Company, which offered a Simplex Direction Signal Kit for ’42 to ’49 models. They  advertised that the signals available for $8.95 would function “like factory-installed models on expensive cars“.

The Sixties brought other turn signal inventions. Initial plans called for Ford to integrate sequential rear turn signals into the 1964 Thunderbird, however, installation was postponed for a year while legislatures across the United States thought about whether to make them legal. 1968 marked yet another change: Federal Motor Vehicle Safety Standard 108 mandated that amber (rather than the earlier white) lens front turn signals be put on vehicles; rear signals could be red or amber.

Light-emitting diode (LED) technology for signal lights came out in the 1980s. Such lights don’t depend on lens color, they emit true red and amber hues. Many automobiles have some kind of LED illumination on them now and, frankly, it might not be long before filament bulbs have been phased out completely.

Though the basic turn signal technology has not changed in years, future improvements could include increased durability for parts that are consistently used, an alert when the turn signal switches off even before we have started our turn, and easy-to-personalize turn-signal tones. Things have really changed since the beginning of the automotive age in the 1900s, and as has just been implied, they are due to change even more!