They didn’t know it at the time but in 1949, General Motor’s Oldsmobile division introduced America’s first muscle car. It was the Rocket 88 model and had two attributes that made it a darling among race car drivers: a lighter than usual body and a powerful 303 cubic inch V8 engine. Here’s the history of this car: 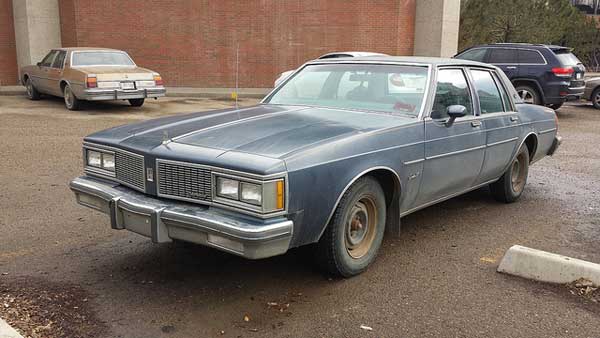 The resident automotive historian at Lynch Chevrolet of Burlington, WI, a Chevrolet, Buick, GMC dealer, explained that prior to 1949, Oldsmobileswere a “nothing special” brand with family-friendly in-line 6 engines. In 1949, however, the Model 88 was available with the powerful, new 303 cubic inchRocket V8 engine. The result was that in just one year, the model 88 with the Rocket V8 engine, promoted Oldsmobile from a family-friendly automobile to a major performer that became the one to beat on the NASCAR (National Association for Stock Car Auto Racing) circuits. Its top speed was 97 mph, and it took less than 13 seconds to accelerate to 60 mph from a standing start.Consider these race statistics: In 1949, the Model 88 won six of the nine NASCAR late-model division races, 10 of 19 division races in 1950 and 20 of 41 in 1952. It was soon eclipsed by the powerful, low-slung, powerful Hudson Hornet but it was still the first real “King of NASCAR.”

In addition to being just fast, the Rocket 88 offered many other user features that made it a very popular car. For example, it was equipped with a dual ignition mechanism. With this feature, one just needed to turn the ignition key and the push the start button to start the car. Previous cars had foot-controlled starter pedals. The Rocket 88 could also be purchased with a deluxe trim package that added chrome and a clock to the interior. A radio was an extra $100 which was roughly the equivalent of $1000 today. Although mainly released with a four-speed Hydra-Matic automatic transmission, Oldsmobile also released the Model 88 with a three-speed manual transmission option. This was one of the reasons it was so popular among the NASCAR racers, a powerful V8 coupled to a three-speed standard was a racer’s dream.

The celebrity status that the Oldsmobile Rocket 88 enjoyed in the NASCAR circuit quickly led to an increase in market popularity. This created a pent-up demand for the car and waiting lists for this model were common for severalyears. Its popularity even led to the creation of one of the first “rock and roll” songs, ‘Rocket 88′ by Jackie Brenston and his Delta Cats. It also inspired one of the 1950′s most popular slogans, “Make a date with a Rocket 88.”

The celebrity status enjoyed by the Rocket 88 kept the model in the Oldsmobile lineup until its closure in the late 1990s. An unprecedented run for what is considered America’s first muscle car.