The new next generation car by Ford i.e. Focus is following the footsteps of its predecessor Iosis MAX.

It is said that most of Focus’ styling has the marks of Iosis MAX, and is called as ‘Next stage in the evolution of kinetic design’ by Ford. With the similar looking back lights installed in a relatively higher rear, the car has elegance. The angular C-pillar gives it a definite impression.

The car’s front grille is lower but larger in size, and has the lights in elongated shape. Defining lines that run from the grille to A-pillar look quite arrogant. 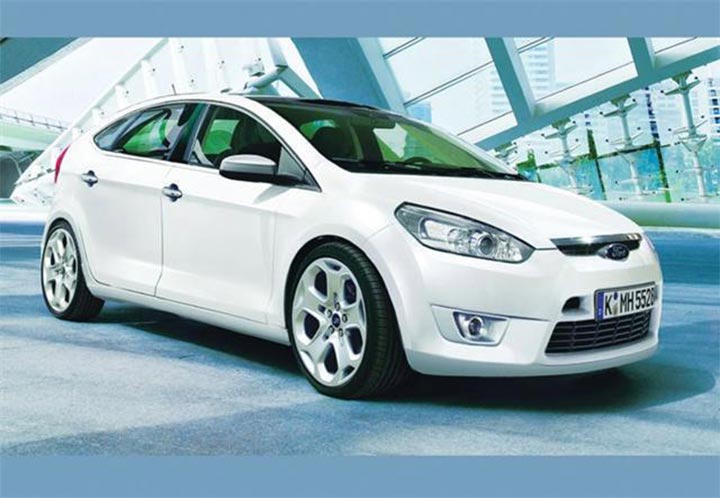 It is also said that a glass roof will be induced too in the future model. Also expected modifications are in Ford’s Human Machine Interface controlling system, and the console clasping it with the capability to reverse the camera.

Integrated with a turbo charged engine Ecoboost, the car boosts enhanced power levels. A 1.0 liter four-cylinder turbo unit offering 89bhp or 108bhp will be installed in the entry level vehicle. It is also known that variation models will be coming with 1.6-litre turbo, available with 148bhp or 178bhp. Quite economically, the car will manage low fuel usage to produce upgraded performance levels.

Ford offers brilliant Power shift twin clutch transmission along with the Ford standardized manual boxes. The car will also be having a start stop facility. The chassis has also been touched with advancement so a bigger size of the new model can be expected.

Enhancing the looks of the car is the definite line styling emerging from the back light till the front door of the 4 door car. The wheels are also having a stand up look with bold fenders.

Focus by Ford is said to be a family car with the touch of modernity with sublimity.