Ford Motor Company has managed to win the fifth award for its ‘Mustang Coupe’ this year, with the latest one coming from 2016 SEMA Auto Show. The Specialty Equipment Market Association (SEMA) recognized the Ford Mustang Coupe as the hottest coupe at the show, while the other Ford vehicles including Focus and F-Series were also given the ‘Hottest Hatch’ and ‘Hottest Truck’ awards respectively. 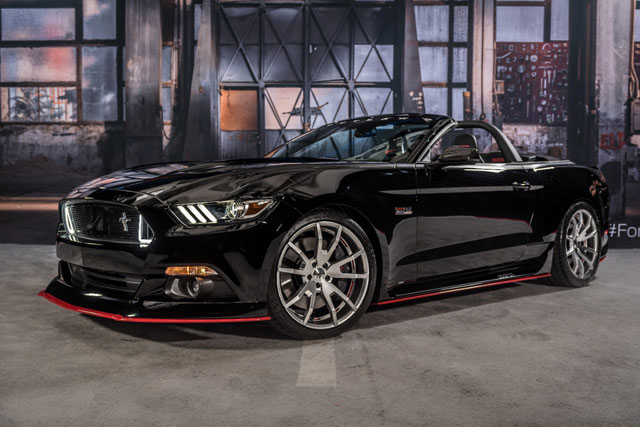 The decision was made on the votes casted by more than 24,000 exhibiting manufacturers at the event. There were multiple Ford Mustangs on display at SEMA including the Ford Mustang GT Racer customized by SpeedKore Performance Group. It was carrying a phenomenal 5.0L V8 engine assisted by superchargers to yield up to 825 horsepower. Moreover, we saw the Ford Mustang EcoBoost built by MRT. It was also fitted with superchargers and features a unique carbon fiber body kit. We also witnessed classic 1965 Ford Shelby GT500CR and 1966 Ford Shelby GT35, which was carrying the latest 5.0L V8 powertrain.

Besides, the Dodge Charger won the ‘Hottest Sedan’ award, while the Jeep Wrangler was titled as the ‘Hottest SUV’ at the 2016 SEMA Auto Show.