Today, with pure digital audio sources such as smartphones and the internet, the automotive audio system game has become more complex than it was back in the day. Fortunately, the engineering of high-quality sound reproduction hasn’t changed that much. Good speakers and amplifiers are the foundation of a high-performance sound system in any car. In this article we will explore the features and components of today’s automotive audio systems so that you can be better informed when you hit the sales lot. You will really want to spend a good amount of time checking out these systems! Thank you to the Sales department at Thomson Chrysler Dodge Jeep RAM FIAT of Thomson, GA for sitting down with us to discuss this topic! 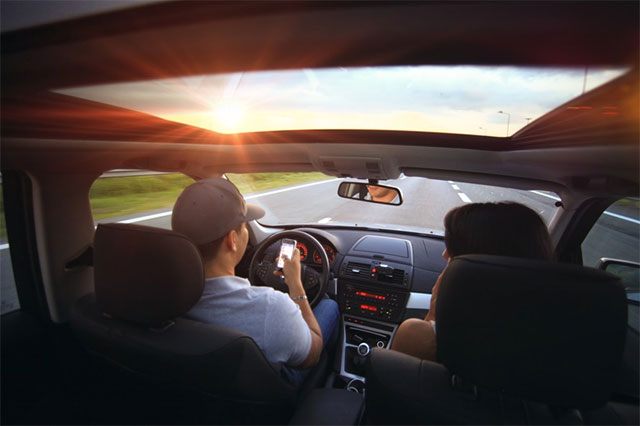 People used to call it “the radio” but today the component that sits in your dash is called the “head unit.”  They used to be just one piece but today you’re likely to see the head unit separated from the display part.  Check over the display on a car you’re thinking about buying and if it has touch screen controls ensure that all basic audio functions are easy to see and control –especially when driving!

All car radios have basic features such as seek/scan tuning and the ability to save favorite stations as presets. Some automobile makers use traditional knobs for tuning and control and others use switches and buttons. Radio displays also differ: some mimic an old-fashioned radio dial while others just show a station’s frequency.  Make sure that the radio features include Radio Data Service (RDS) that shows song and artist information.

A hard-disk drive (HDD) is another usable music source in some cars. You record music files to a USB drive or another source. The system catalogs files in a format similar to the one an iPod uses. Many HDD systems also allow you to make playlists to repeat albums or just tracks.

Recent cars have a time-shift feature that stores live-radio content to a hard-drive, similar to DVRs offered by some satellite and cable television providers. Depending on the vehicle you can store and replay audio programs, and some cars record these programs when you’re parked.

To combat outside noise in a moving car, automakers employ various digital signal processing (DSP) technologies. Some automobiles come with steering wheel controls to allow you to turn the volume down or up, switch radio stations, skip forward/back on a CD, and change audio sources without removing your eyes from the road or hands from the wheel. Another feature, voice activation, lets you control elements of the audio system by pressing a button on the steering wheel and speaking a command.