There is no doubt that Silverado is among the toughest cars that General Motors produce and the company has now made an announcement that they are almost ready with the next generation Silverado which will have much improved features. The company said that they are in the final phase to launch the Silverado which is stronger, better and much more efficient that the previous versions. However, they are currently doing the water test which is an important part of product validation program and will make Silverado one of the best pickup trucks in the world. 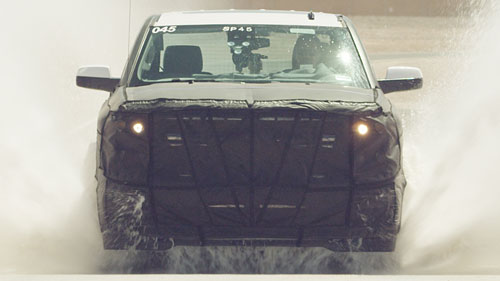 The company said that once they are through with the water test they will start the production of the new 2013 Silverado. General Motors said that they are working on the Silverado in their water grounds in Yuma, Arizona where they can drag the car on the roughest terrains and through water which will help them to get better results on the actual road.