All eyes are on for the 2013 Terrain, expected to go on sale this year. After complete and final testing by the engineers, the new engine is all set to go on the roads in the real conditions, delivering 0-60 mph acceleration in just 6.7 seconds.  But there is much deeper benefits of the engine than the straight-line acceleration to 60 in just under 7 seconds. Lead development engineer for the Terrain, Essy Ipakchian believes that the owners will be impressed with the enhanced passing power with lesser downshifts, along with the powerful towing performance. 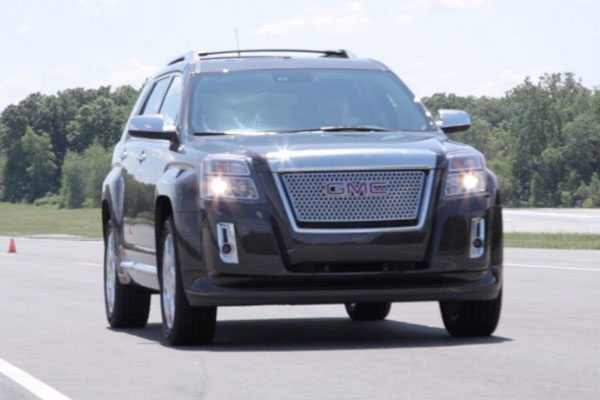 Terrain’s all-wheel drive system supported by 3.6L 301-horsepower engine, certified by the SAE- and is based on technologies like direct injection and continuously variable valve timing. What the owner enjoys is power and torque gains followed by EPA-estimated fuel economy ratings. Delivering the unparallel performance surpassing the desires of the customers, this is the most powerful V-6 ever produced by the brand. The engineers really deserve all the credit for achieving the top performance without compromising on the fuel economy. The torque output stands at a gain of 22.5 percent with  272 lb-ft. The current 3.0L V-6 is replaced by Terrain’s 3.6L engine and is also available as a standalone.