Volkswagen has announced L1, the most aerodynamic production car as well as the most fuel-efficient car. The collective fuel expenditure of 261 mpg is no longer a vision but a reality now. The car will be manufactured at Osnabrück plant in Germany. Introduced as the most fuel-efficient production car, the two-seat vehicle can cover 32 miles in all-electric mode as zero-emissions vehicle. 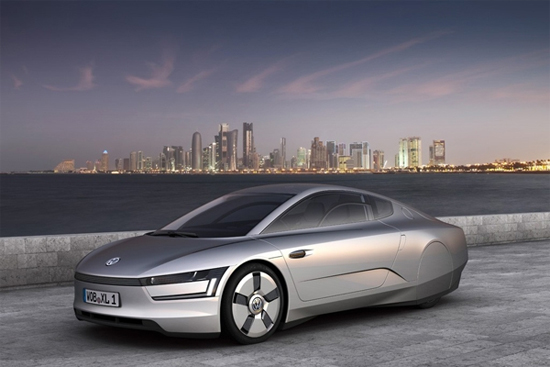 The plug-in hybrid and two-seater XL1 will debut at the Geneva Auto Show in March. There is already a buzz about technical features and design of the vehicle. Volkswagen stresses on representing the car a first in fuel economy and is a significant standout. Based on pure sports-car design principles, the exceptional aerodynamics, light weight and low center of gravity makes the vehicle super-efficient. It uses just 8.3 horsepower and cruises down the road at a constant 62 mph. 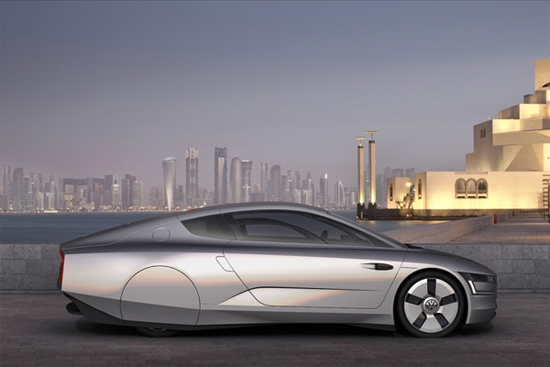 The aerodynamic efficiency, high-tech lightweight design and a plug-in hybrid system make for low emissions of just 21 g/km of CO2 by the XL1. A 27-hp electric motor, a47-hp two-cylinder TDI engine, -ion battery and seven-speed dual-clutch automatic transmission make for the record 261 mpg fuel consumption. Volkswagen seems to redefine that in the automotive industry, visions can be realized. One can reach 0 to 62 mph in 12.7 seconds in XL1. 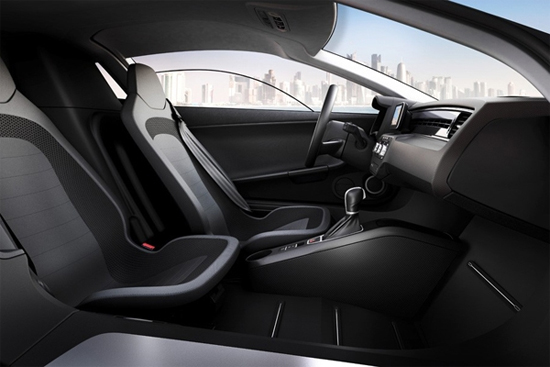 The XL1 is a symbol of third evolutionary stage for Volkswagen. The 2 seat vehicle has put into production a practical car that has realized the visionary goal and made those dreams a reality. The engineers and designers have come up with a design that offers more everyday utility and tremendous efficiency. This is like a conventional vehicle with tandem arrangement for best aerodynamics. XL1 is just 45.4 tall, 65.6 in wide and looks spectacular on highway. This is certainly the car of the future that has been gifted to us today.