It shouldn’t be much of a surprise that the highest selling electric car, at least to date, is Elon Musk’s Tesla. However, way before the Tesla, there was a little electric car that was starting to sell some pretty good numbers too. It was a tiny car called the CitiCar. Unfortunately, the utility of the thrifty little CitiCar was negatively impacted by cheap gasoline prices of the late 1970s and the CitiCar company eventually went out of business. Here’s the story. 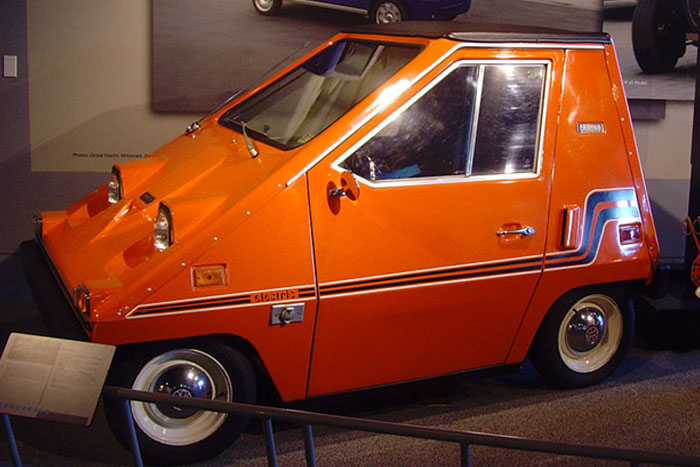 First, it should be pointed out that electrically-powered cars are not a recent technology. Here, and in Europe, some of the earliest cars were electrically powered. In fact, at the turn of the 20th century (1900) electric cars accounted for about a full one-third of all vehicles on American roads. However, this ratio started to shift as soon as Henry Ford and others started to selling gasoline powered cars. The main reason? Gas cars were priced at a fraction of electric models and were much more convenient to use.

The reign of petroleum-powered cars continued for another half a century but the status quo was jolted in the early 1970s. Specifically in October 1973, as punishment for being involved in the Yom Kippur War. The Organization of Arab Petroleum Exporting Countries (OPEC) cut the United States off from petroleum imports. Thus, began the Arab Oil Embargo of 1973 which brought about severe gasoline shortages and high prices.  The folks at East Hills Jeep of Greenvale, a local Chrysler, Dodge, Jeep, Ram dealer in Greenvale, NY, say they remember the 70’s Oil Embargo well. It was a scary time with long lines at gas stations nation-wide and many stations running completely out of gas.

In the early 1970s, an entrepreneur named Bob Beaumont was experimenting with electric vehicles with his eye on entering the US market. In 1973, he formed Vanguard to mass produce his electric vehicles. He was in the right place at the right time. The first model was called the Vanguard Coupe and it was essentially a highly-modified golf-cart. The Vanguard was specifically to meet National Transportation Safety Board (NTSB) exemptions that existed for lightweight vehicles under 1,000 pounds.

After the NTSB rescinded their under 1,000-pound exemption that Vanguard’s first EV had been built under, the CitiCar was designed and built. Vanguard’s SV/36 CitiCar made its debut at the 1974 Electric Vehicle Symposium held in Washington, D.C. The SV/36 CitiCar had a top speed of about 28 MPH with a maximum range of 35-40 miles. The first SV/36s were 36 Volt DC cars but almost immediately was upgraded to the SV/48 which became the mainstay 48 Volt DC model.

Starting in late December 1975 through May of 1976, Vanguard started to build a slightly modified version sometimes referred to as the transitional CitiCar. The 29 changes made to the original CitiCar were not done all at once but were made over a number of vehicles with some having some but not all of the changes. By May of 1976, all the changes had been incorporated into the final product. One of the major changes made in this transitional model was the move from the 3.5 HP Terrell Axle motor to the 6.5 HP Dana axle motor. This configuration was used exclusively on everything produced after 1975.

In 1976, Vanguard released the Hatchback Coupe CitiCar. They had as full side doors with sliding windows instead of the pop out Roadster type in the SV/36 and SV/48’s. On these coupes the back window now opened like a hatch for easier access to storage area behind the seat. Finally the CitiCar was beginning to approach the features and utility of conventional automobiles.

It didn’t take long for the Oil Embargo to become a distant memory when gas became widely available again. Unfortunately, demand for the little CitiCar slowed down quickly. In 1977, Vanguard ceased production having sold some 2600 CitCars.