Partnered in China with Absolute Racing, Bentley announced that the on-track Continental GT3 has bagged the second place in the 11th round of the 2014 GT Asia Series held in Shanghai. Bentley mentioned that it was a proud moment for the company. The automobile company also gave lot of credit to their professional GT racer Jean Karl Vernay who started the race from the fifth place in the #4 Bentley and moved gradually to take the second spot. Vernay moved to the first spot and remained in that spot before pitting on lap 13 and being replaced by Gilles Vannelet. Vernay rejoined the track but remained second in the race. 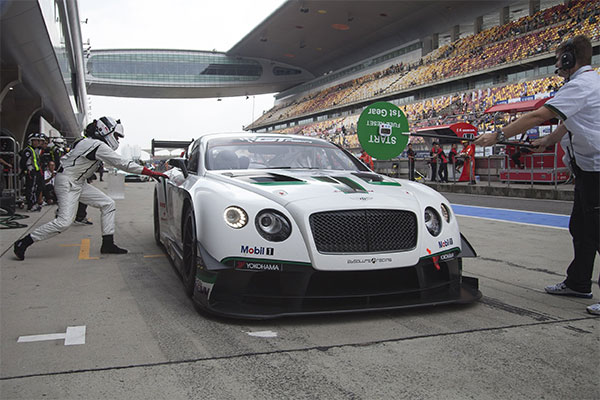 Bentley also made an announcement that they will race the Continental GT3 in various other races and they have plans to race the car in Macau in a few weeks. Both Absolute Racing and Bentley Motorsport are confident about the superior performance of the car in the finale of the GT Asia series that will be held from 14th to 16th November.