British car brand Aston Martin has teamed up with famous designer Valentino to come up with a uniquely designed Aston Martin Vanquish. The two-door grand tourer features the signature Valentino Camouflage khaki and stone, while its iconic metal studs can be seen from a mile away. The car was created as part of the Cash & Rocket project which is a platform for global brands to present their products in a fresh way and ultimately raise funds for charity. 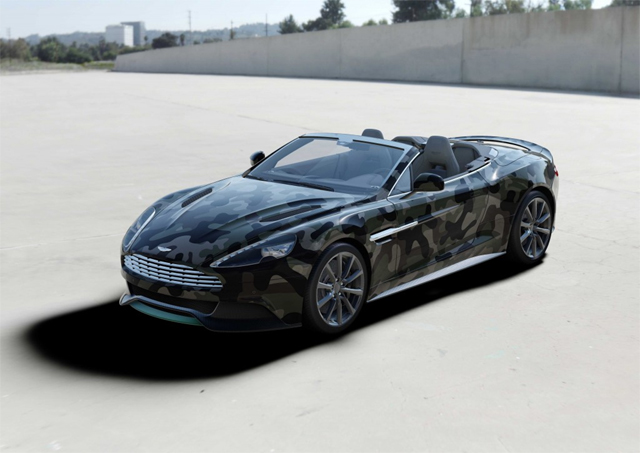 Valentino, famously known for designing camouflage-designed trainers and knitwear, helped create the masterpiece via the brand’s Q by Aston Martin bespoke service. The Aston Martin Vanquish, which is known for being the official James Bond car in the movie, ‘Die Another Day’, has a V12 engine with 565 horsepower and can go up to 100km/h in just 4 seconds, with a top speed of 197 mph (317 km/h). 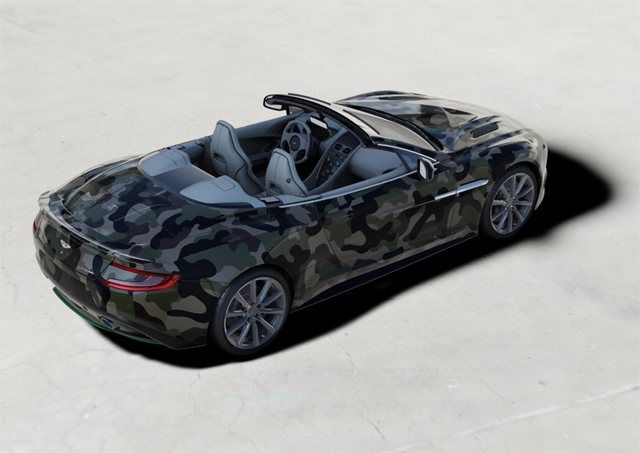 It was a mainstay of the British car manufacturer until 2007 when it was officially retired. The car eventually made a comeback in 2012 amidst much fanfare. This initiative is one of the first of its kind and is the latest development to come out of its portfolio after revelation of the new 2016 Lagonda Super Sedan last October, a car designed exclusively for customers in the Middle East. 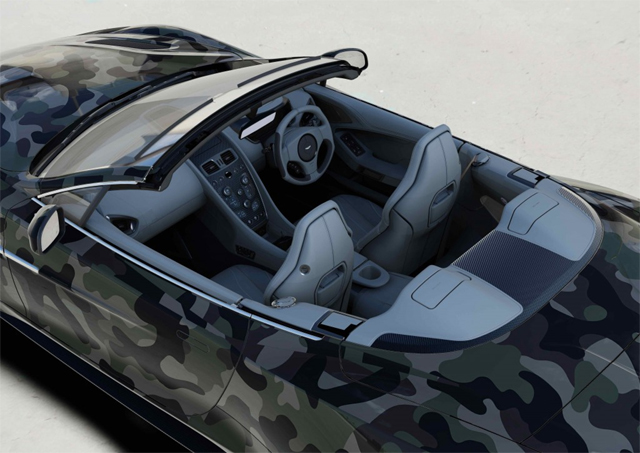 The car is expected to be auctioned off at a charity gala arranged by Cash & Rocket today in London with the proceeds going to their respective charity organizations.