You may know that Mustang is notorious for crowd hunting at cars and coffee events? If you don’t believe it, watch what happened on Saturday morning when a driver of the Ford Mustang Shelby GT350 lost control and almost hit the car enthusiasts lining around the road to take the pictures. The incident happened at Cars & Coffee Houston and luckily no one was hurt. 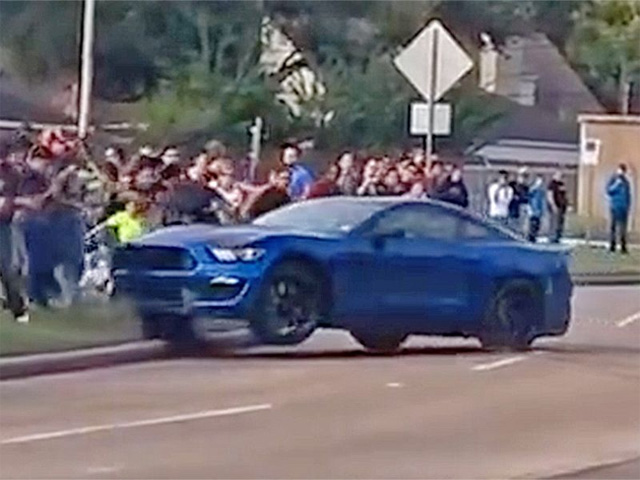 Houston Coffee and Cars event is a monthly affair that attracts car enthusiasts to show off their rides. It’s normally a peaceful event until someone in the wrong mind holds the pedal flat to show he can blow your mind with unbelievable speeds.

As the driver came out of the car, a police officer approached and ticketed him heavily, as per report by Tony Gonzalez, an organizer and photographer with Coffee and Cars.

“[The officer] told me he ticketed him for everything he possibly could,” Gonzalez said.

Further reports tell that driver wasn’t banned from the future events, but he was made realized of his wrongdoing and hopefully won’t attempt the same again. This isn’t the first time someone lost control at a coffee and cars event. Therefore, it is a need of the hour to impose strict measures to prevent such incidents in future.