Of course we know that the Hyundai Sonata and the Sonata hybrid are nice vehicles, but they look extremely similar.  However there are a few ways t distinguish them. The front fascia, the lights and a few more things are a little bit different on the hybrid.  Of course the easiest way to recognize the difference between the Sonata Hybrid and the regular Sonata is the lettering on the trunk which says hybrid. Let me pose one question to you. Yes even though you are helping to save the environment by cutting the tailpipe emissions,  can you afford a hybrid. 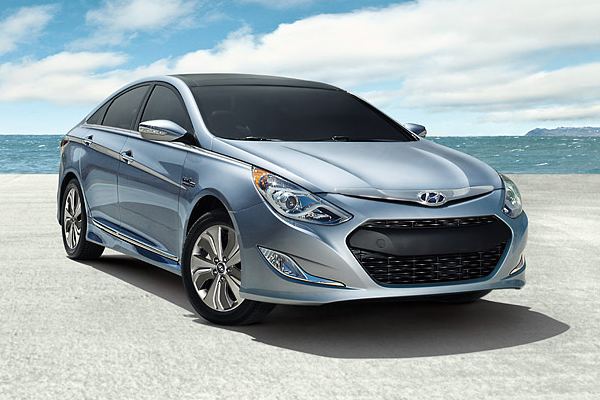 Most hybrids are much more expensive than their gasoline counterparts (usually at least a few grand more), so how long will it be before you recoup the expenses?  There’s no denying that the Sonata hybrid is a very nice looking car, but the reason someone would get a hybrid is because they do not want to spend time at gasoline stations.  And also you have to figure out the expense of the maintenance of a hybrid.  A hybrid engine costs much more than a gasoline engine, so if the engine/drivetrain is damaged in a hybrid get ready to shell out big bucks.  In comparison to the hybrid, its gasoline counterpart would probably just need a new battery to get the engine going again.  A gasoline battery is not expensive, so the question is do the cost of hybrids really outweigh the benefits?