If Lamborghini Huracán LP 610-4 Spyder didn’t give you an adrenaline pump, Ferrari has charged the 2015 Frankfurt Motor Show with Ferrari 488 Spider. The retractable droptop supercar is not just quick in speed, but also retracts its hardtop in just 14 seconds, thanks to the light materials used in its construction. 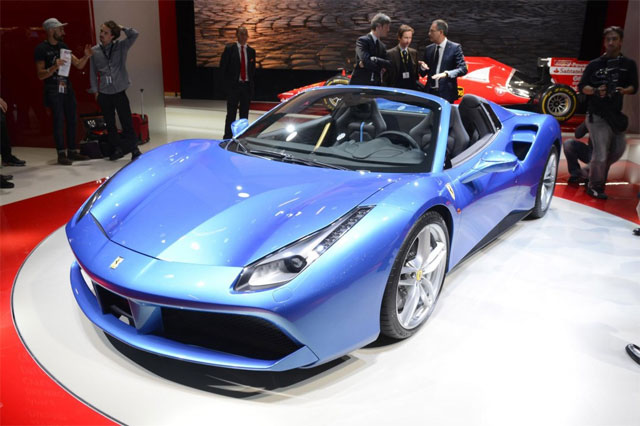 The Ferrari 488 Spider features the same 3.9-liter twin-turbo V8 used in the 488 GTB coupe, thus cranks out 660 hp at 8,000 rpm and 560 lb-ft of torque, which enable it to complete 0 to 100 km/h sprint in just 3 seconds. Assisting the engine is a seven-speed dual-clutch transmission channeled to rear wheels through Ferrari’s Variable Torque Management system. 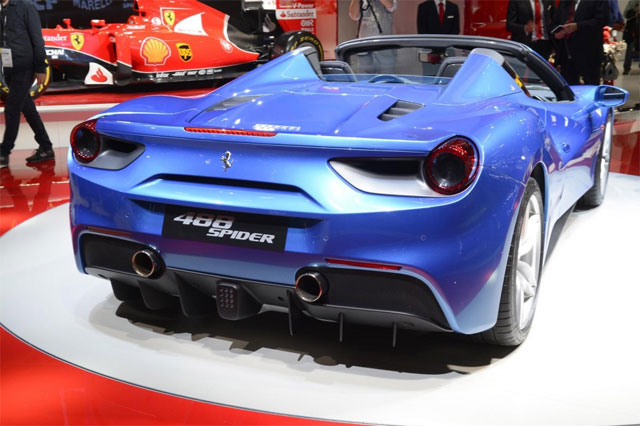 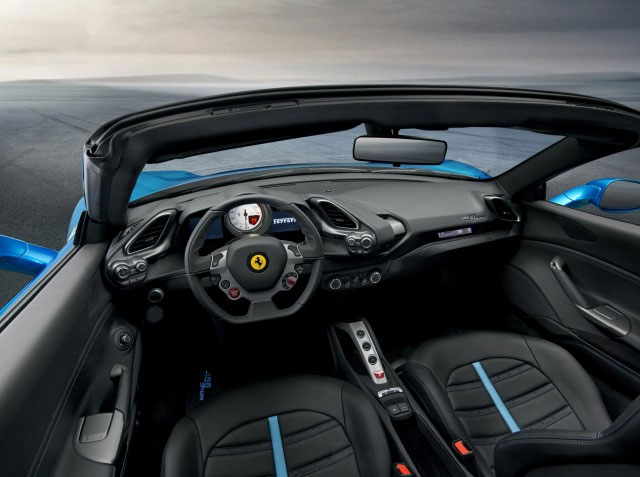 The new supercar from Prancing Horse features a 25Kg lighter hard top which is not only superfast, but also keeps the noise and elements out. On the inside, the steering wheel features most of the controls to allow the driver focus on the road, plus there is Apple CarPlay and new infotainment system.

The Ferrari 488 spider is expected to hit the showrooms in the first half of the next year wearing a price tag of $270,000.