Manual transmissions existed before automatic ones. Manual transmissions require a driver to shift between gears so that the vehicle could be speeded up or decelerated while the engine rotated within an optimum RPM range. For several decades manual transmissions were enough for many drivers, but not 100%. Some just disliked the intricate shifting procedure involved and some, well, just never figured out how it worked. 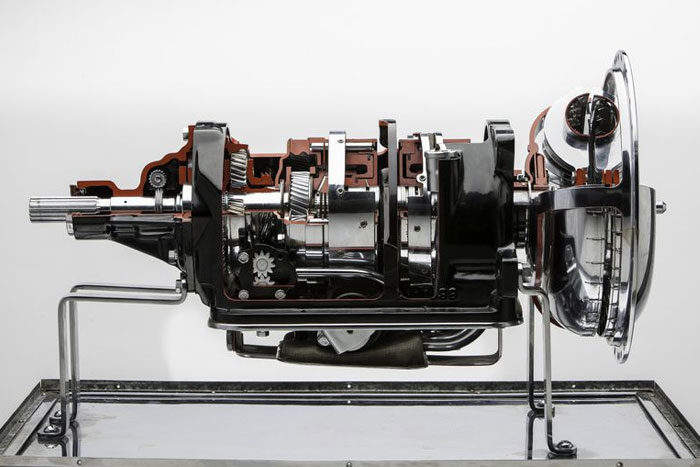 The result: during the 1930s, many of the large car companies experimented with transmissions that “shifted themselves”. This was seen as a way to capture more customers. Five-, six-, seven-, eight-, nine- and once in a while ten-speed transmissions are being used in automobiles. Such technologies are being tested and deployed to improve economy and efficiency.

In 1937, the first semi-automatic transmissions came out in several General Motors vehicles. GM dubbed them the “Automatic Safety Transmissions”(AST). With planetary gears and your usual friction clutch, these transmissions allowed easier shifting and needed less driving skill. Cadillac and Oldsmobile released models with AST through 1939. Buick used the AST in 1938, but only for that one year.

The AST never inspired the driving public, though, and it was only supported by small sales numbers. The 1938 Oldsmobile was the first model to be produced with a true automatic transmission. The Hydro-Matic, created by GM engineer, Earl Thompson, was advertised as “The greatest advance since the self-starter.” The Hydro-Matic was available in the majority of GM model automobiles by 1941, and it was popular.

The Hydro-Matic experienced continual upgrading and refinements through 1955. Throughout the years the Hydro-Matic was used in military applications that included the M5 Stuart and the M24 Chaffee light tank. Other automakers purchased and used the Hydro-Matic. These automakers included Hudson, Frazer Nash, Willys, Rolls-Royce, Nash Rambler, Lincoln, and Bentley Even. Into the 1990s, the Hydro-Matic was used, in slightly-changed versions, for drag racing and hotrod applications. One company in particular made the “B&M Hydro” a mainstay of hot rodders for decades. The credit for that goes to Andy Granatelli, who modified the Hydro-Matic that was the only automatic transmission to ever be used in Indy Car racing.

In the late 1980s, as onboard computers became prevalent, controls for automatic transmissions were introduced. Solenoids and sensors work with multiple onboard computers to control shifting and gear ratio in any scenario.

Interestingly enough, the inherent efficiency of manual transmissions has returned transmission engineers to simpler, more manual designs. The emphasis today is on designs that provide the convenience an automatic transmission’s convenience but with high gas mileage.

Thank you to this local car dealership in Dunn, NC for their help on this article!