Every month is a celebration at Audi right now. November marks the 47th straight month of record sales in the US. Every month for nearly four years, Audi has increased its sales. That is quite a staggering feat for the German company. In terms of global sales, this November marks the biggest month in the history of the company. Audi are, quite simply, racing to the top.

In the world of executive motors, BMW has always led the charge. The sheer quality of BMW is difficult to argue with. They have always had the best all round cars on the market. They are the go-to choice for company cars and executive family saloons. In 2014, Audi is suddenly hot on their heels. BMW also posted its highest ever November sales. However its 6% increase is dwarfed by Audi’s 11% as they close the gap. 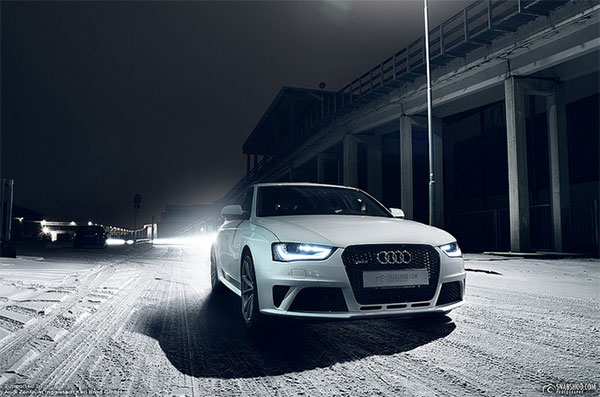 Audi’s year is even more impressive when you consider the following. Their record breaking 2014 has been reported a whole month before the year’s end. By November, they had already smashed their record. Christmas will be merry in camp Audi, that’s for sure. Luca de Marco, head of Sales at Audi had this to say about the rise, “Our performance in November shows that we are keeping up the pace as we sprint towards the year‑end.”

He went on to explain exactly how Audi had accomplished this feat. “Our large export markets in particular are driving the growth of the four rings at this time.” When you take a look at the figures, you begin to understand what he means.

Brazil is one of the world’s fastest growing economies. It is right at the start of a huge economic boom and its middle class is thriving. As a result, car manufacturers are shifting a lot of cars here. Audi, for example, increased its sales 105% in Brazil alone. Audi already has a strong market share in China. Yet in 2014 they saw a 16.4% growth. Even the saturated markets of Britain and Sweden witnessed a 20% increase in Audi sales.

There are a lot of factors behind this enormous growth. The brute power and force behind Audi’s owners, Volkswagen, is a major player here. It has opened up new markets for the Four Rings. The new Audi A6 is also a big reason why Audi sales on Autohouse have gone through the roof. Traditionally the BMW 5 Series was the leader of the pack in the executive car market. Audi and Mercedes didn’t have a strong enough competitor. The 5 Series went relatively unchallenged. In 2014, that all changed when the new A6 was released. Finally Audi have a serious competitor in the market. This is already being reflected in sales.

Audi show no signs of letting up. There is already a new A6 on the horizon. It will be joined by a new A3 Sedan and a new A4. The late 2014 released TT is also picking up rave reviews. Many are highlighting its digital dashboard as the future of in-car infotainment. Expect to see sales of the TT soar in 2015.