When someone talks about Alfa Romeo, the image that most often comes to mind is their iconic Giulietta and Giulia models from the 1950s, ‘60s, and ‘70s. Those distinctive, compact Italian sports cars inspired millions. Alfa Romeo was one of the first car manufacturers to put such a powerful engine in a light car. But, Alfa Romeo hasn’t been a major player in the United States car scene in decades — until this year. 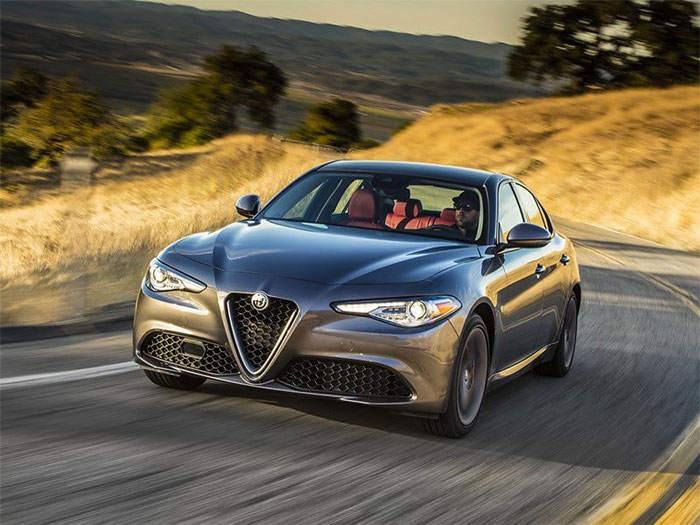 In 2015, for the company’s 105th anniversary, Alfa Romeo unveiled a new logo at an event at the company’s museum. This was part of their rebranding and the plans to relaunch some of those classic models. In addition to a new logo, they showed off some of the re-envisioned cars like the Giulietta and Giulia. Both cars got a new look with production slated for February and April 2016.

Alfa Romeo’s relaunch has lofty goals. They have been selling cars in the United States since 2008, but not many. They now have an eight car lineup with an investment around €5 billion. The company says they hope to increase their sales worldwide from 74,000 cars to 400,000 or more in 2018.

Fast forward to 2017 and the Super Bowl. One of the first ads was for Alfa Romeo. Their commercial, titled ‘Dear Predictable,’ was the large majority of the country’s first look at Alfa Romeo’s new look. The commercial looked to separate their sports cars from the rest of the luxury pack. The commercial was made up of a combination of standard stock footage and grittier, less ‘pristine’ video of the Italian car on winding roads along with a pleasing voiceover.

The campaign seemed to work for them, because in early March the company reported a 843 percent increase in sales in February 2017 compared to 2016. Now granted, it was still a small number compared to most manufacturers. Alfa Romeo only sold 443 units in 2017 (compared to 47 in 2016). But still, a gain is a gain and it certainly shows that the company is headed in an upward direction.

This upward trend has also been shown by Google. Yonkers Honda, a car dealership, recently used Google Trends to look at the most searched car brand in each state over the last five years. From 2012 – 2016, Alfa Romeo had little representation as far as leading in states’ search activity. But in 2017, they were the most searched car brand in 5 states, mirroring their increase in sales. The data from Google was taken in early March, not long after their advertising push.

Whether or not Alfa Romeo will be successful again in the United States remains to be seen. They are marketing themselves as something different, something unique when compared to other luxury brands. They are trying to be ‘unpredictable’ and stand out among their European peers. So far, in the early months of 2017, their rebranding and their advertising campaign seem to have worked. Their sales are up significantly, and people are searching for them, according to Google. Those are a great indicators of their their return to America.