While Honda has come up with a bunch of cars at the SEMA Show 2014, it is the 2015 Honda Fit that has attracted more visitors at the event. This compact vehicle is on display with nine personalized versions and has won the coveted SEMA Award as the Hottest Sport Compact at the opening of the show. Apart from that the new Honda Fit customized by Tjin Edition was being voted as the Fan Favorite in the 2015 Fit Performance Project. Over the past few months, Honda had team up with six different build teams that would come up with their own versions of Honda Fit under the 2015 Honda Fit Performance Project. 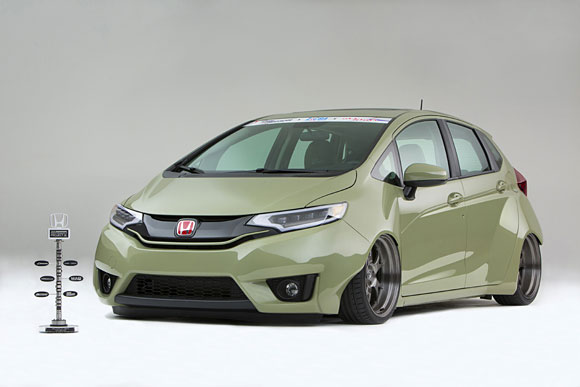 Honda would then upload and post pictures, videos and animated GIFs of the transformation progress on Tumblr to allow fans to vote for their favorite build. This year Honda has come up with three additional personalized 2015 Honda Fit that were put up on display at the SEMA Show which also includes a Fit B-spec race car that was developed by Honda Performance Development. Honda has also put up a Fit that is loaded with dealer-installed Honda Genuine Accessories and Honda Fit that is loaded with Bisimoto tuner.