Buick has always come up with better vehicles that have not only offered better comfort and performance but better safety as well. Now, Buick has made an announcement that their new 2013 Buick Encore has managed to get top safety ratings from Insurance Institute for Highway Safety. Buick said that they are glad that 2013 Encore has been voted as the Top Safety Pick and has also received five star ratings for Overall Vehicle Score from National Highway Transportation Safety Administration. Buick said that they are really focusing on better brand value and therefore they offer better safety in their vehicles. 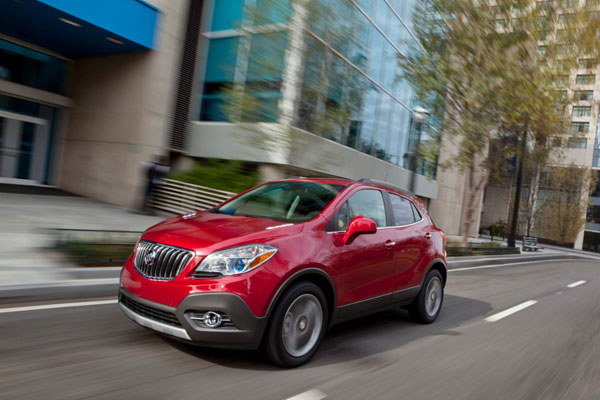 Buick also revealed that every model that they have launched recently has been voted as Top Safety Pick by IIHS which also indicates the level of commitment from the company to offer better performance and safe vehicles. Buick revealed that in 2013 Buick launched the Verano, Regal, LaCrosse and Enclave and all of them got the Top Safety Pick ratings from IIHS. While sharing more information Buick said that IIHS go through various crash and protection test that ensures that the car is safe for the driver and the passengers. To earn top rating from IIHS the car has to go through number of crash test like front side, side and rollover crashes and even rear impact crashes.

Buick revealed that Buick offers advanced body structure that is made up of 60% high strength steel that offers protective safety cage around the occupants. On the other hand, Buick Encore also gets 10 standard airbags, rear vision camera, and OnStar security options.