Quite spacious, allowing four to sit is presented with a simple interior, comes the most inexpensive car of the world that is Tata Nano. Interior of the car, though simple, stacked with seats with thin cushioning that are amazingly soft and comforting looks impressive. 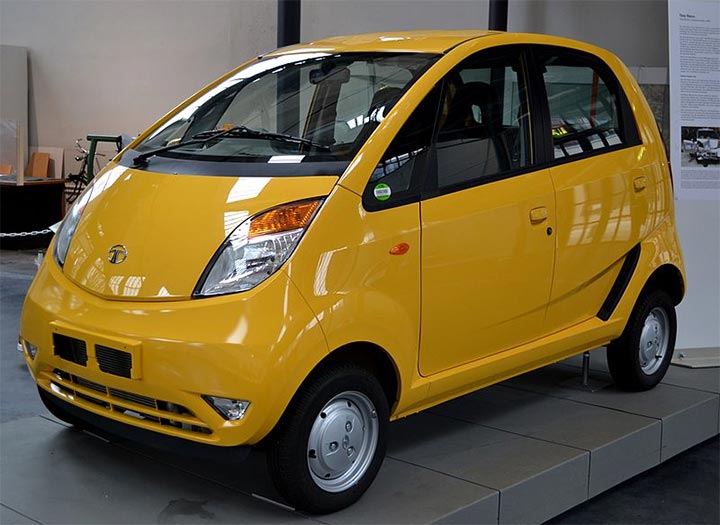 The engine installed in it is 2 cylinder and very tiny in size. Car is motorized by rear fixed engine. Using a single balance shaft it roars to some extent; sounds more like a lawn mower than a car. The plus point in all the sound issue is that the passenger area is not much affected by the sounds the car evolves to a more unpleasant extent.

As far as speed is concerned and fuel economy is concerned, it is not a likely deal while touching the red sign for fuel only at 5,600 rpm. To accelerate up from 0 to 62 mph is not what Nano is meant for. It is a slow goer reaching from 0 to 38 mph in about 10 seconds. Likewise, this turtle take almost 33 seconds to mount up to 62 mph. Top speed limit is 65 mph.

It can be a good choice to move around in a city with loads of traffic. With short turning circle, it is easy to manage parking in a crowded place. The engineers have cared to put drum break on all the 4 wheels. Its impressive characteristics are the quality air condition, power windows and door clamps, in upper trim model, and is expected to reach the customers for $3,500, with lots of compromises and yet innovative ideas from the engineers.