After its first appearance nearly 4 years ago, the new Juke R 2.0 from Nissan made its first appearance at the Goodwood Festival of Speed, sporting a rather edgier, more aggressive look than its predecessor. A crossover between an SUV and a GT-R, the Nissan Juke is expected to feature 3.8-liter, twin turbocharged V6 engine, the same engine to be featured in the GT-R Nismo supercar, presumably the most powerful production car to ever come out of Japan. This means that the Juke R is expected to feature 600 horsepower and nearly 652 Nm of torque. 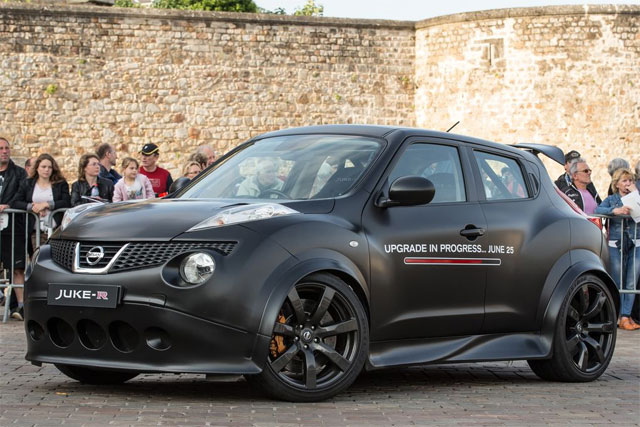 Other features include a six-speed dual-clutch transmission and hi-tech all-wheel drive. It is expected to go even faster than the original Juke R which could go from 0 to 100km/h in just 3 seconds. 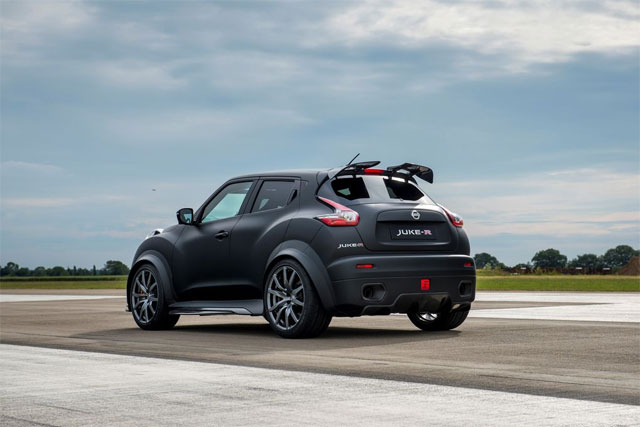 A few add-ons here and there have helped maximize the speed of this tiny beast, most specifically, the use of carbonfibre for the rear spoiler, diffuser and even the dashboard. The car itself has been significantly lowered to help improve handling, while the wheel arches have been expanded to fit 20-inch rims, thus improving grip. 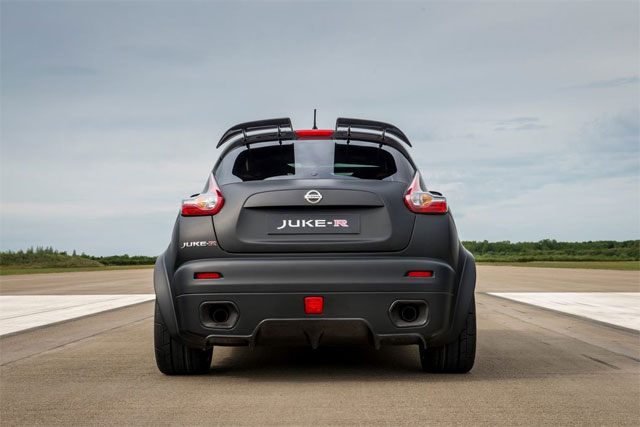 Nissan has, so far, not released any details regarding the price or the nearest date when the car will be available, but we believe it will be sometime soon.