In the UK, the only times it’s okay to use your phone behind the wheel is if it’s an emergency and you can’t stop your car, or if you are PARKED safely.  Otherwise, making that quick phone call to your mom is illegal.  And you can’t write a quick text while you’re at a stoplight, either. These offenses could earn you a heavy fine (£100 and three penalty points added to your licence), and maybe even a visit to court.  Starting in 2017, the fine could be doubled. 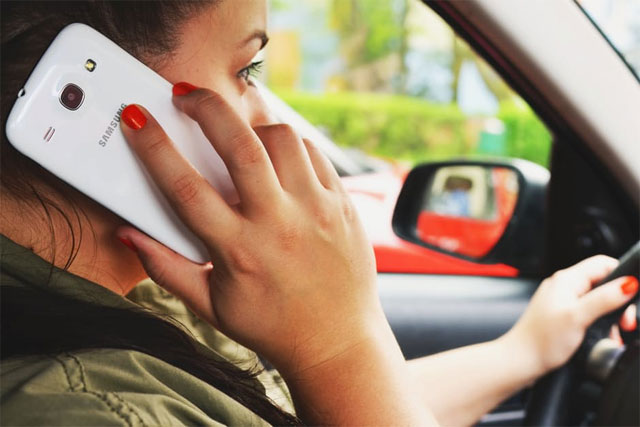 It’s been illegal to use your mobile device (of any kind — phone or tablet alike) behind the wheel of a moving vehicle (or on a motorcycle) in the UK for years. However, according to a BBC news report on the subject, it’s still extremely common to see drivers with their phones in their hands as they are driving.  The Department for Transport (Dft) wants to change that.  Using the phone behind the wheel has been a very hot button topic recently, and specialist Volkswagen dealer Inchcape Volkswagen is here to help analyse what’s been in the headlines about this very topic.

The DfT wants to implement software into vehicles that would disable the use of mobile phones and other devices in your car. The software would block your internet connection, and any connection to a phone network.  This would make it impossible for the driver to make a phone call, text, send emails, check social medias, or read news articles inside of their vehicle.  This, of course, is in an attempt to make the roads much safer for the UK driver.

Astonishingly, even though using your handheld device behind the wheel has been illegal for years, many UK drivers still think that it is okay to use in certain situations. According to a survey for the RAC Report on Motoring 2016, 31% of drivers admitted to checking their phone behind the wheel in the last 12 months. 14% thought it okay to make a quick phone call behind the wheel, while 20% thought it was safe to check their social medias behind the wheel.

What about hands-free? Though experts say it can be easily distracting as well, there’s no law in UK against using hands-free devices to make phone calls. However, it’s best to keep in mind that if you can still be prosecuted if you’re found not properly controlling your vehicle no matter what.