Automakers across the globe are focusing on how they can bring down the overall cost of production for their future vehicles. Now, Toyota Motor Corp and Mazda Motor Corp have made an announcement that they have agreed on a deal that will allow Mazda to make Toyota cars for the North American market at their Mexico plant. The company said that under the new deal that have been signed by two car makers Mazda will divide quarter of its annual capacity at the new plant for production of subcompact Toyota brand vehicles. 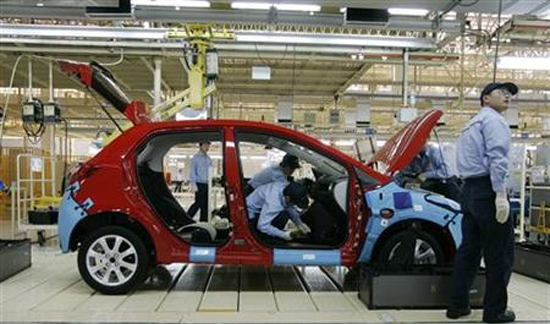 The deal will also bring two automakers together in the future as Toyota has allowed their hybrid technology that is currently used in Prius to Mazda. The company claims that Mazda will start producing Toyota brand cars at the pace of 50,000 vehicles annually from the year 2015. The new Toyota brand vehicle will be based on Mazda 2 model. However, both Toyota and Mazda has decided not to comment on the financial aspects of the deal. However, it is believed that the investment will be around $500 million and Mazda will kick off the operations from April 2013 to ensure that the work is happening in the right way in the plant.