Jaguar has managed to maneuver its F-type based, D-type inspired Project 7 concept car into real form. The Project 7 headed by Director of Design, Ian Callum, made its impressive debut at the Goodwood Festival of Speed last year and took many by surprise with its claim of 0-60 mph in 4.1 seconds and a top speed of 186 miles per hour. The name project seven has been derived from Jaguar’s seven wins at the 24 hours of Le Mans. 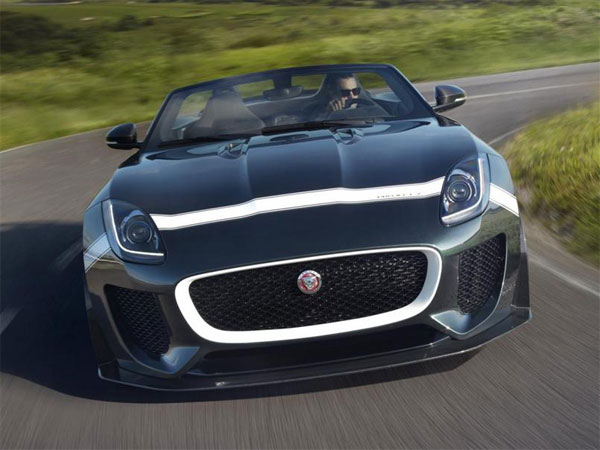 “One day one of our designers, Chezar, happened to draw an F-type like a D-type with a fairing in the back just like a D-type. We’re always doing these sorts of things. It’s all part of the fun and that’s what inspired us to do this car. It’s about paring it back down to the simplicity of a road car, of a race car that is just simply there to be enjoyed,” says Ian Callum, Jaguar Chief Designer.

The uniqueness of Project 7 lies in its being a fully operational single-seat sports car. While its body perpetuates the F-type car’s 550 horsepower, high performance 5.0-liter V8 and unmanned transmission, its design has been inspired from the D-type which has won Le Monde three times in a row. The car has the basic F-type components such as the head and taillights, 20-inch wheels and the grille, however the front fascia, rear diffuser and side skirts are an addition and formulated from carbon fiber.

Another stunning aspect of the car is its lightweight, weighing 80 kilograms lighter than a sports car and has taken the F-type to new heights. A large fixed rear wing and its livery finish only add up to its classy look. While it lacks the F-type’s customary convertible top, the most striking feature is its rear fairing with rollover hoop giving it a sporty frame.

Project 7 is going to be a limited edition car with a total production of 250 cars in the first quarter of next year and will reach the market by spring.