The all new FCV Concept by Honda has made a global debut at the 2015 Detroit Auto Show and Honda has announced that the production vehicle will be available in 2016. However, Honda also stated that they will come up with several next-generation advanced powertrain vehicles by 2018 offering new options to the consumers. At the event, Honda made it very clear that the company is focused on creating new battery-electric vehicle and hybrid vehicles that offer something to the environment and that will also help the company to boost its sales volume. Honda mentioned that the two and three motor hybrid vehicles are already in research and development stages and will be out in the market in years to come. 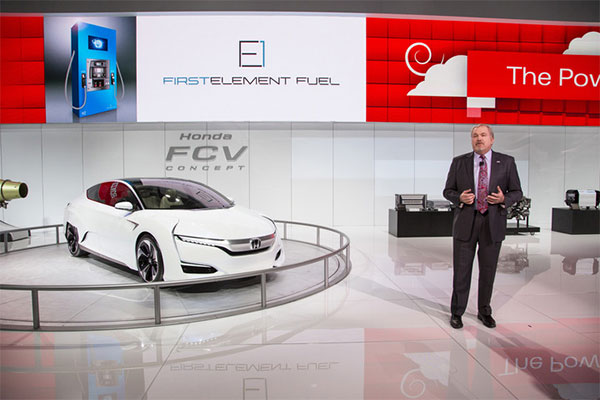 While debuting the new Honda fuel-cell car that has spacious cabin for five passengers and driving range of 300 miles Honda announced plans to introduce new VTEC Turbo engines that will be built in Ohio and will debut later in 2015. The automaker said that together all these vehicles will offer significant volume enabling Honda to introduce ultra-low carbon transportation to car buyers in the United States. All the new advanced powertrain vehicles will make use of the new Honda Earth Dreams Technology powertrains.