As we move further and further into a technological revolution, our cars are almost getting smarter than us. I’d imagine for most of us, if we won the lottery, a shiny brand new car would be on the shopping list. So, let’s look at what’s been on offer in 2017. 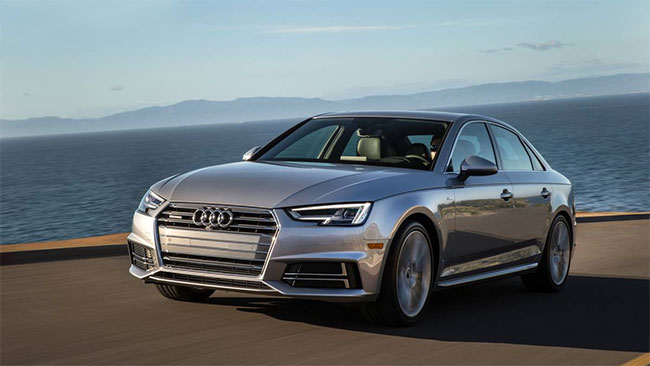 This fifth-generation model of A4 comes with some crazy technology. With its very own virtual cockpit. When you are driving, the information you need is consistently changing, so the Audi Virtual Cockpit changes with you. It means all the information you need is directly in front of you, including a view of where you are from Google Earth. You can call, e-mail and even use social media channels on a fully digital screen.

The 2017 model launch saw a new generation of Mercedes-Benz E-Class. This car comes with plenty of new high-tech features, for example, the forward cross traffic system. This senses when someone is coming out of a side street and warns you, it can even automatically apply the brakes for you. Also, the Evasive Steering Assist can move your car away from impending side impact.

With a body mainly made of aluminium, this car is much lighter than your average steel car. This means that the centre of gravity is lower and therefore feels much nicer to drive, especially on tight corners. We spoke to Daniel from Trade Cars and Commercials to ask what he thought of new high-tech designs. He said “I believe that these additional features to cars will eventually lead to a boost in sales, people feel they are getting more for their money.”

This tech machine has incredible new features including the infotainment system. For this you can control anything with the movement of a finger. The tablets placed in the rear of the car can control temperature and go online, with motorized clips to hold it in place. With a hybrid version up and coming, this car is going places, literally.

An all-electric crossover with a technological detail that you wouldn’t expect. The rear passenger doors have a falcon wing effect where they can open normally but also flip up for easier access to the rear 2 rows of seats. It has autonomous driving features where the company’s network can stretch across the whole of the USA and software updates are received automatically.

It’s been said that we are at the start of a fourth industrial revolution involving the car industry. Cars are becoming cleaner, faster, safer and more technologically advanced. Petrol stations may eventually become a thing of the past as new electric hybrids are taking control. The technological advances won’t stop there. In the near future, there’s said to be electronic sun visors controlled by a sunlight censored computer, family tech where the kids can see where they are/where they’re headed and a traffic management system to control the speed of cars and prevent congestion.

Should you plan to buy a ar like the Jaguar F Pace or BMW 7 Series be sure to run a car history report before you buy. Reputable firms like CarVeto, hpi check and RAC passport provide valuable online data that flags mileage concerns, major accident damage, finance agreements and if the car has previously been stolen. A check from one of the above providers costs between £10 and £20 and is the best money you can spend on the car. If you are looking for ownership details the CarVeto car owner information check is the best on the market.