There’s something about being out on the roads that annoys everybody. For some it is traffic jam, while others find careless drivers very annoying. The population of vehicles on the UK roads has increased by 16.5% since 2000, causing more infuriation to the British motorists. The curiosity led an online parking company to take a step and unveil what really annoys the Britishers about driving in the UK. 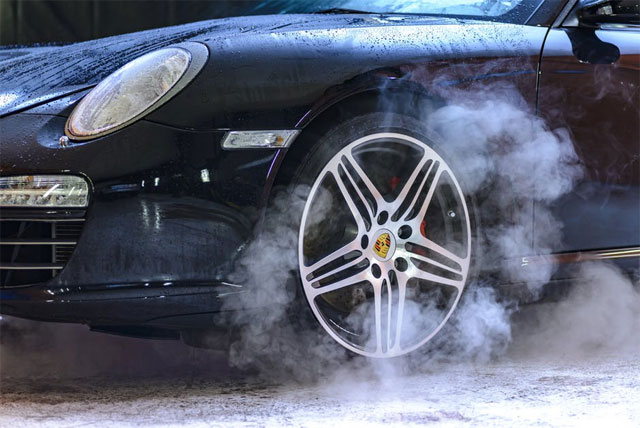 Recently,YourParkingSpace conducted a study to see the common habits of drivers and discovered that drivers who do not indicate, people using mobile phones while driving and high parking rates irritate British motorists the most. The survey consisted of 1,028 participants, both men and women drivers, who were asked a simple question, ‘What annoys you the most about being a car driver in the UK?’.The results revealed:

Male motorists were used to get frustrated by slow drivers more than the females, while the response was the same for people not indicating and talking on a mobile phone. Not being able to find a parking spot got on the nerves of 40% of the British drivers. People confessed that the problem was not just the shortage of parking areas, but also their high rates. Getting deep into the matter, the parking website asked people their opinion about the parking fares in their local areas and got much surprising responses:

The study also disclosed that the outlook and experiences of motorists significantly differ area-wise. 48% of the drivers living in England complained that the parking charges were incredibly high, while 29% of the Scotland drivers were also of the same view. Coincidentally, 33% of the drivers, belonged to Scotland, were contended that they could get a free parking facility. This is because Scotland has the most number of free parking spots in whole of the UK.

Harrison Woods, the Managing Director ofYourParkingSpace, commented on the results saying that the statistics clearly tell what people dislike about diving in the UK. Motorists using mobile phones while driving and not indicating do not only put their lives in danger, but also the lives of other motorists and people on the road.

He added that the fact that many motorists were annoyed by the lack of parking spaces and high parking fares is no surprise. With the growing population and big sizedvehicles becoming a norm, there is a dire need of more parking spaces in crowded cities.