It seems like the electric car by Cadillac – ELR – is a little shy in front of the camera as it was spotted in the Southern Californian mountains in a standard black and white camouflage. This news about the electric car is nothing surprising as a lot had been said and speculated before Cadillac officially announced it. 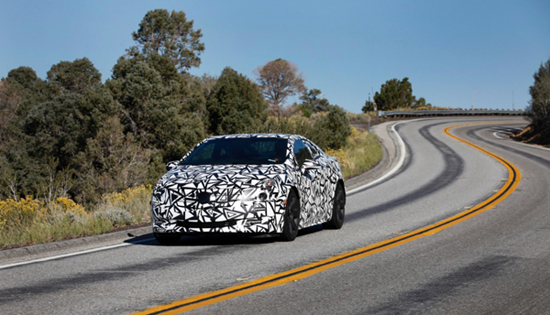 The Cadillac ELR electric car is something which the automobile company is really excited about. According to the Cadillac, it will change the way we do not associate luxury with an electric engine. The production of the car has already been announced and testing of the car in the open world shows that the vehicle is at it final steps before stepping into the market.

Cadillac ELR fashions an aerodynamic design and could be confused with a sports car. The four cylinder electric engine with lithium ion battery will give the car all the power it needs.

Luxury Coupes are slowly starting to attract the market attention. If this new offering from Cadillac is a success, it will certainly pave a bright future for electric vehicles. New reports suggest that the Cadillac ELR will supposedly replace the Chevrolet Volt on the roads.