Most car makers are now moving towards electric vehicle technology because they believe that in the future consumers will be looking for more environmental friendly cars that can save the planet as well as their money. Cadillac is always known for the kind of luxurious cars that they come up with. However, Cadillac is now making a move in the electric vehicle technology as well. The innovative Cadillac Coverj Concept is now going one step ahead as production car and will be called as Cadillac ELR. The development of Cadillac ELR is on the way and therefore details on performance and price will be announced later.

The Cadillac ELR will be a major change in the production line and will feature electric propulsion which will be made of a T shaped lithium ion battery. The car will also have an electric drive unit and four cylinder engine generator. This electric generator will use the electricity to drive the car without any gasoline or tailpipe emission. When the battery is low the ELR will switch to extended range mode which will enable the driver to drive another hundred miles. 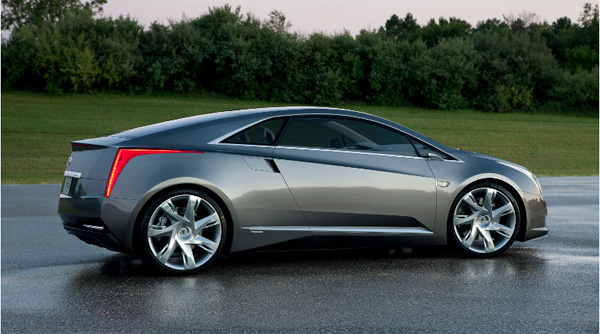 Don Butler, Vice President of Cadillac Marketing said that the concept of the car is very new and therefore the company is very happy about it. He said that this car would be another milestone compare to other Cadillac models and the ELR will offer something different to the buyers. He also stated that the combination of electric propulsion along with striking luxurious design will make this car a sensation in the market. Ed Welburn, General Manager and Vice President of Global Design said that the Converj Concept will definitely turn eyeballs and is a perfect combination of grand touring coupe with electrification. He also stated that the car will have aggressive, forward leaning profile which will definitely impress people looking for 2+2 luxury coupes.