Cadillac is certainly one of the best car manufacturers in the United States and they have been in the racing world as well. Cadillac today announced that they will soon return to the racing with their new Cadillac CTS-V Coupe which will compete in the Sports Club of America World Challenge. The challenge is certainly among North America’s top production based racecar series. Don Butler, Vice President Cadillac Marketing said that their return to the Sports Club of America World Challenge is a great way to demonstrate the power and capability of their new Cadillac CTS-V Coupe and they are glad that they will return to the racecar series.

Cadillac has competed in the series from 2004 to 2007 in their GT Class with CTS-V Sports Sedan. They won the Manufacturer’s Championship in 2005 and 2007 and consecutively they also won the Driver’s Championship in 2005. Cadillac is planning to place two teams in the upcoming SCCA World Challenge. Their CTS-V line includes CTS-V Sedan and CTS-V Wagon which was currently among the 10 Best list of 2011 as per the Car and Driver’s magazine. Jim Campbell, Vice President for Performance Vehicles and Motors in General Motors said that they are really looking forward to the SCCA World Challenge and they will use all their knowledge in it. He further stated that the series will become a good test for the Cadillac and they anticipate that Cadillac V Series will stay on the top with its cutting edge technology. 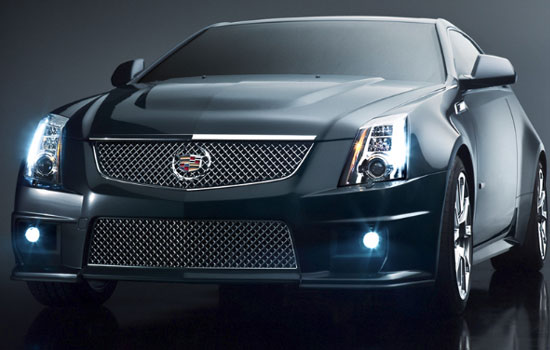 Cadillac is currently working with Pratt and Miller, a New Hudson engineering firm that specializes in motorsports. Cadillac and Pratt and Miller will together work on the development of Cadillac CTS-V Coupe. They will look into the production as well and modify some of the key components which are required to win the sporting event.