A former Formula One racer is reported to have smashed his luxurious Aston Martin V12 Vantage on a motorway in Kent State on Friday around 9:26 am. The accident occurred due to over speeding.

The ex-professional Formula one racer whose identity has kept hidden by the police was driving on the M20 motorway and heading toward South East coast when suddenly he hit a big patch of water and his Aston Martin V12 Vantage lost control and hit the side of the motorway. However, no one was injured during the accident. 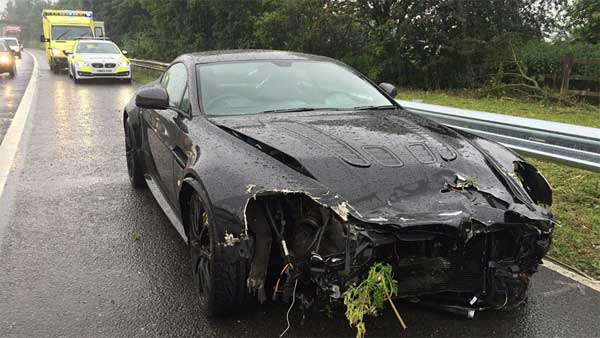 The Kent Police immediately reached at the location and had to move the car away from the road. Moreover, the lane 3 of the motorway was closed to ensure public safety. The police even uploaded a photo of the damaged luxury car on the internet asking public to drive safe during the rain.