A new Cadillac model was spotted on the streets of New York recently. This new vehicle is the XT5 and is expected to be in Cadillac’s 2016 line of vehicles as a replacement to the recently retired SRX.

It appears that all high-riding vehicles in Cadillac’s line of cars is going to include the XT marker while the CT will be used for other vehicles. More importantly, the XT5 will have a design that doesn’t include the laurel wreath but its daytime running lights do have a cascading effect to them. Also, this appears to be a five-seat vehicle and is not going to include the third-row seats that Cadillac wants to bring out on one of its future vehicles. 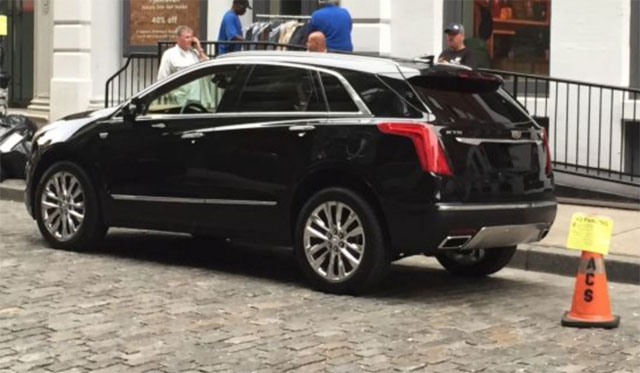 It is known that the XT5 will be manufactured in Tennessee. Outside of that, hardly anything else is known about the XT5.

On a related note, the Escalade name will still be used on Cadillac’s SUV line. This is primarily due to the significance of that name.